Remembering the soul of a poet: Kahlil Gibran 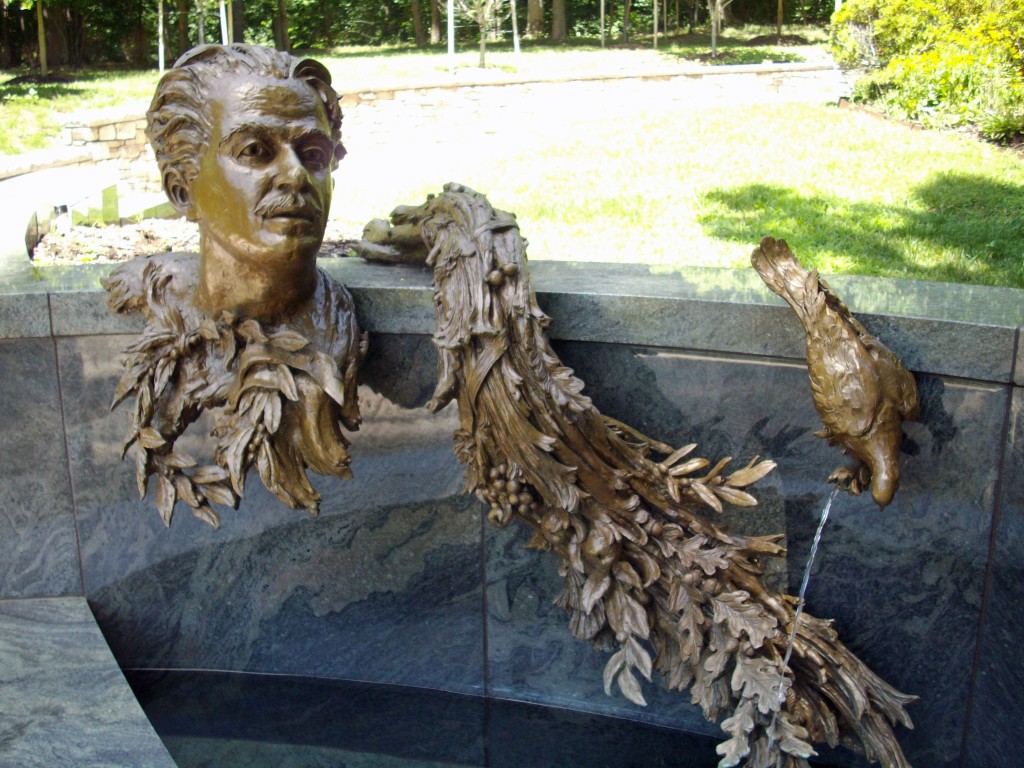 There are plenty of memorials to foreigners that I really don’t understand, and this might be the most perplexing of all. I read two short biographies of the man and still not sure why a $1 million memorial across the British embassy on Massachusetts Ave. exists.

Kahlil Gibran was a renowned Lebanese-American poet and artist who died in 1931 at age 48. He first came to the U.S. at age 12 before later studying in Paris. He wrote in both Arabic and English and his A Tear and a Smile and Madman were early hits while The Prophet was a best seller in 1923. Several quotes from his books appear on the memorial.

The small park is a quiet reprieve from Embassy Row. For that, the 1991 memorial fountain dedicated by President George H. Bush accomplishes its purpose.