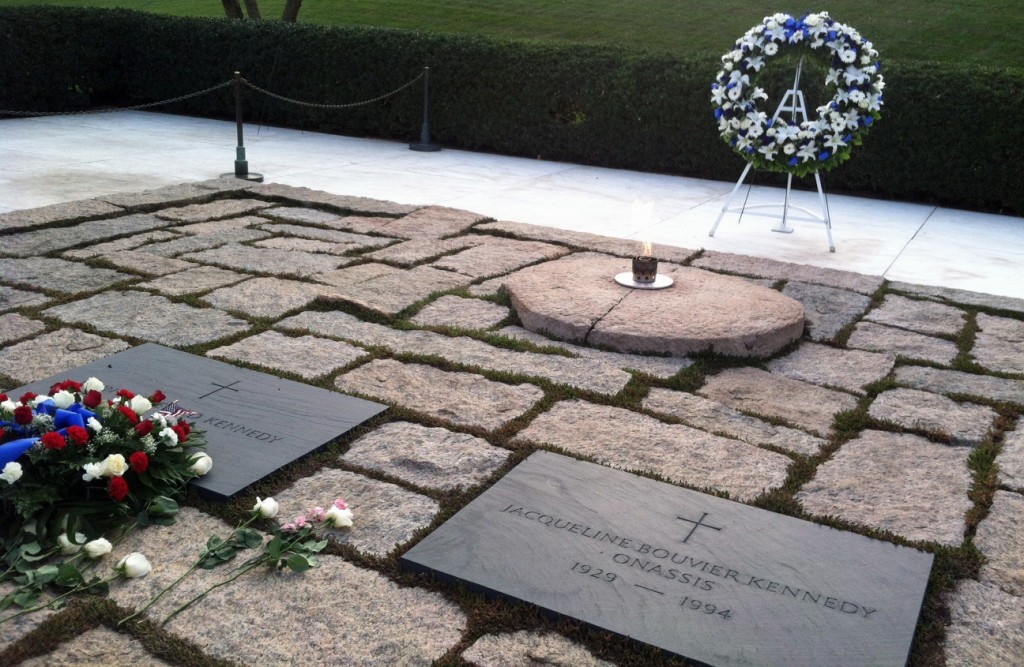 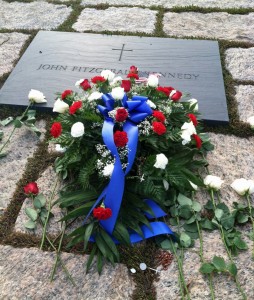 They say if you were alive you remember what you were doing the exact moment when hearing the news. But, I was only three-years old so I don’t remember that, but I do remember my parents attending the funeral by standing on the street as the motorcade headed to Arlington National Cemetery.

I stopped by Kennedy’s eternal flame on Thursday to see if anything was happening. There was a satellite TV truck near the grave, which I hadn’t seen before in the cemetery. There was a pile of red and white roses atop JFK’s grave and white roses on his brothers Bobby, Teddy and Joe.