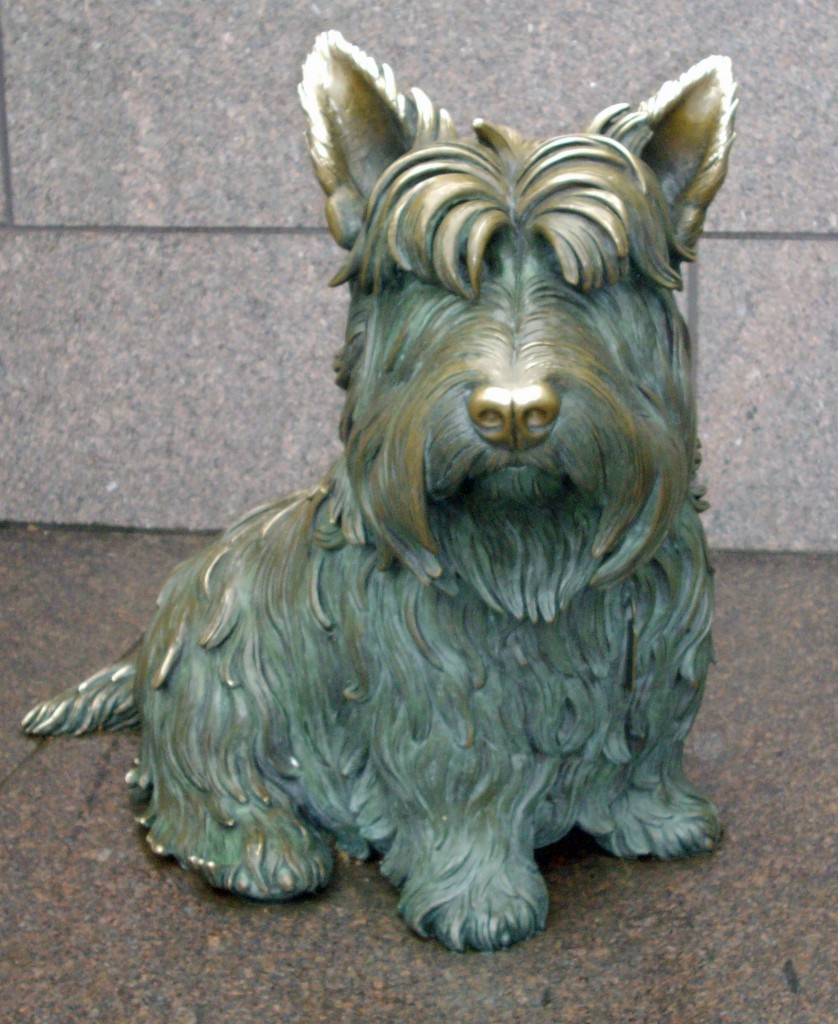 I’ve been a tour guide since 2010. I know a lot, but there are so many experienced guides who are walking encyclopedias of knowledge of our town. Still, one incident involving Fala the dog at the Franklin Delano Roosevelt Memorial made me realize some tour guides aren’t as smart as they think.

Standing at the FDR when a guide brought an eighth grade class to Fala’s statue, he asked if anyone know where the dog got its name.

Naturally, there was a silence. Kids that age won’t even say how they got their name even if they’re a junior.

The guide says, “He was a present at Christmastime and you know the song, fala la la la.”

My jaw hit the ground in amazement.

Fala was FDR’s dog and the only presidential pet honored by a statue. But, he was named after Roosevelt’s ancestor John Murray of Falahill, a place in Scotland which is only fitting given Fala is a Scottish Terrier. He was also named Murray the Outlaw of Falahil. Fala was indeed a Christmas present from FDR’s cousin.

Fala (April 7, 1940 – April 5, 1952) was a constant companion of FDR before the latter’s 1945 death. He then lived with First Lady Eleanor Roosevelt, who said the dog merely tolerated her while waiting for its master to return.