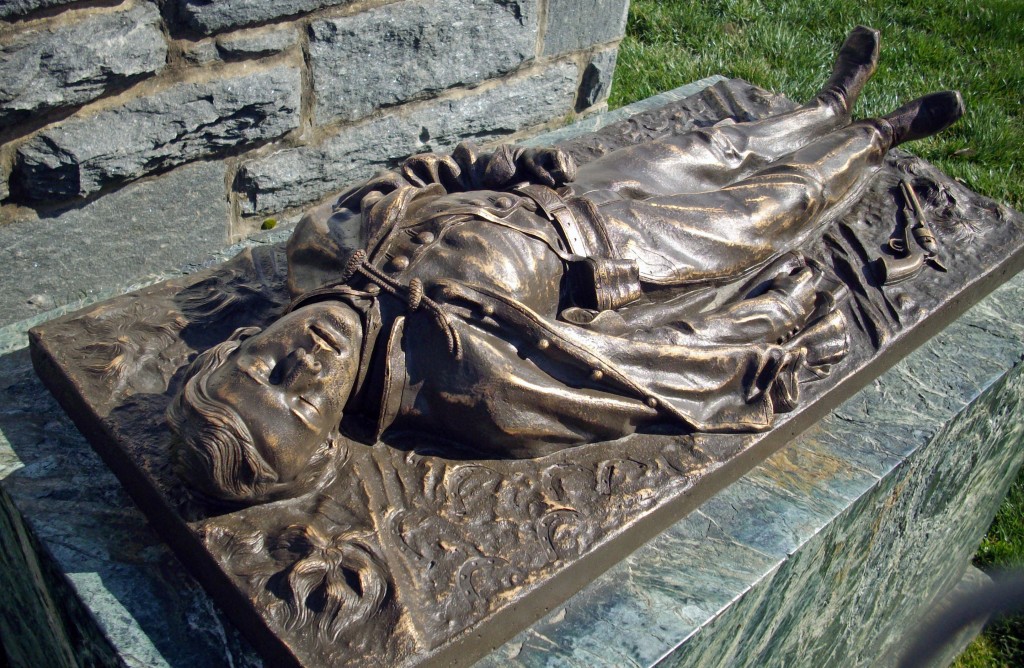 A Life-sized bronze Union soldier is shown atop his grave just like this final moments were spent. It’s pretty dramatic in Arlington National Cemetery filled with overwhelming memorials.

John Rodgers Meigs was the third generation of a proud military family. His grandfather was Commodore John Rodgers, a naval officer in the War of 1812. His father was Major Gen. Montgomery C. Meigs, who’s buried aside his son.

Meigs was a West Pointer who left to serve as an aide-de-camp of General Philip Sheridan during the First Battle of Bull Run before later graduating first in his 1863 class.

Meigs served at Gettysburg and the Shenandoah Valley, rising to brevetted captain and major for gallantry. On Oct. 3, 1864, Meigs and two others went against three Confederate cavalrymen outside Dayton, Va. Meigs was killed and Sheridan burned 30 homes and barns in retaliation before learning it was a fair fight and not Confederate guerillas executing Meigs. Still, Meigs’ father posted a $1,000 bounty for the killer even after the war’s end.