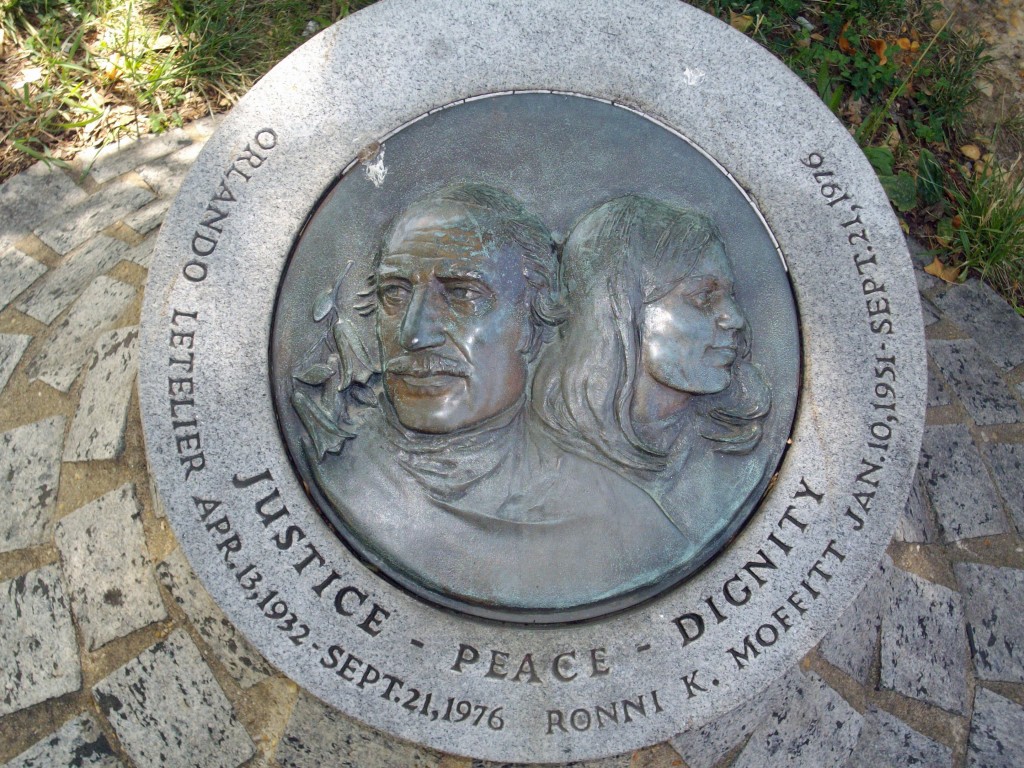 The first impression is it’s some sort of fire plug. Instead, it remembers a terrorist act along Embassy Row.

Chilean exile Orlando Letelier and co-worker Ronni Moffitt were killed by a car bomb on Sept. 21, 1976 where the monument now lies along Sheridan Circle on Massachusetts Ave. Ronni’s husband Michael Moffitt suffered only minor injuries because he was in the back seat.

A car bomb on Embassy Row? Hard to imagine. 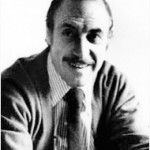 Letelier, 44, was a high-ranking official under Chilean president Salvadoe Allende, whose three-year government was overthrown in a coup by Gen. Augusto Pinochet. Allende was killed during the takeover.

Letelier spent one year in a concentration camp before exiled from Chile. He came to Washington to work for the Institute for Policy Studies, a think tank that allowed Letelier to travel worldwide lobbying for sanctions against Pinochet’s government. 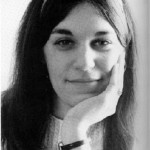 Moffitt, 25, was a fundraiser at the Institute for Pubilc Policies. The Maryland graduate earlier worked as a teacher for underprivileged children.

Pinochet tired of Letelier’s efforts and reportedly ordered the assassination. Moffit was unfortunately next to Letelier. Michael Townly was sentenced to 10 years imprisonment for his part of the murders. He was released after five years and entered the U.S. witness protection program after testifying against two Cuban accomplices who received life sentences. Pinochet was implicated, but never indicted for the murders.

Today under a shade tree is the small monument with images of Letelier and Moffitt along with “Justice * Peace * Dignity.”