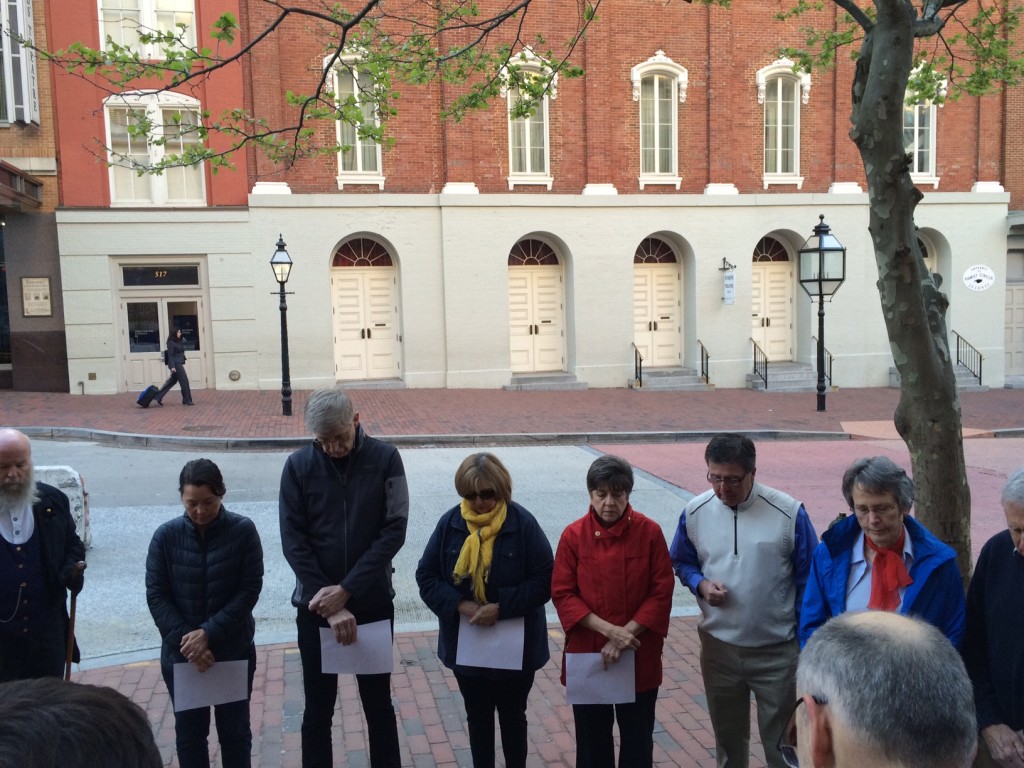 A dozen or so people gathered on the otherwise empty street at 7 a.m. seemingly away from the many commuters entering the city. They would only stay a short time.

Both strangers and old friends said hello and waited for a countdown. Suddenly, it was a prayer circle and a group reading of Walt Whitman’s “O Captain! My Captain!” 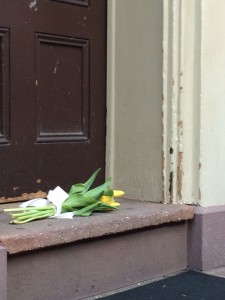 “O Captain, my captain! our fearful trip is done;
The ship has weather’d every rack, the prize we sought is won.”

And then an unknown young lad came by with yellow roses, laying them gently by the door. The door that led to the room where Abraham Lincoln died 151 years ago at that exact moment — 7:22 a.m., April 15, 1865.

A large wreath later followed and re-enactors stayed around Petersen House and Ford’s House all morning. But, mostly, a milestone passed quietly among those who cared deeply.