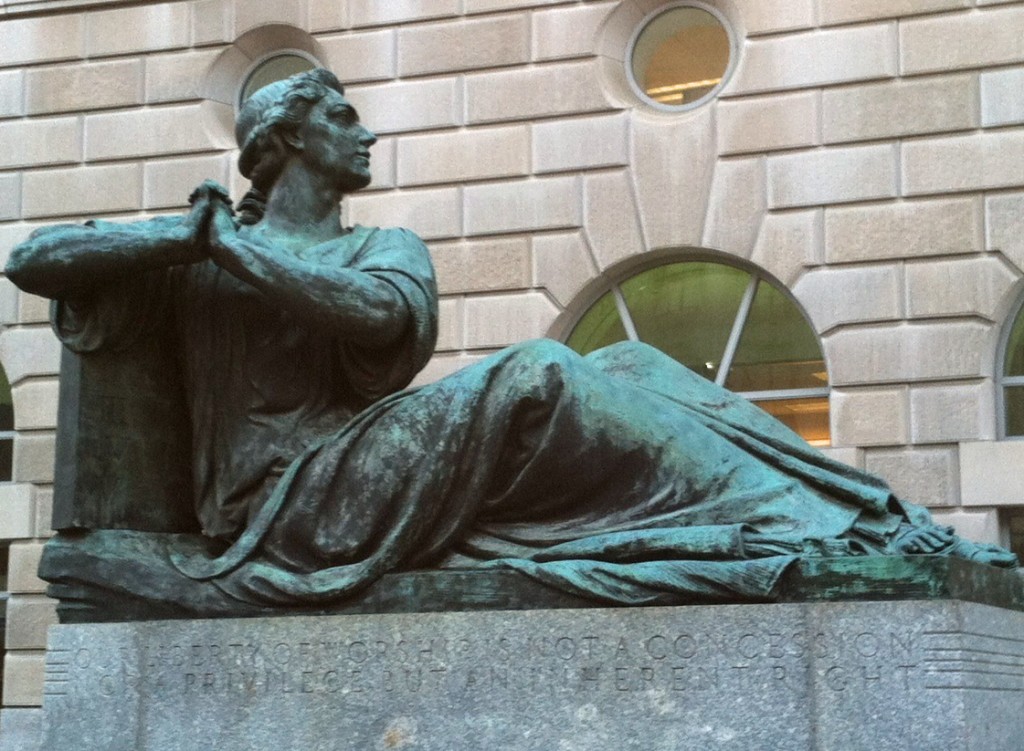 The Oscar A. Strauss Memorial Fountain at the Reagan Building along 14th St. N.W. was 20 years in the making. It was time well spent.

Strauss was a German immigrant in the 1850s who become one of the top U.S. diplomats in the late 1880s. He was an ambassador to Turkey and later spent 24 years at the International Court of Arbitration at the Hague in the Netherlands. Strauss was a proponent of the U.S. joining the League of Nations.

After his 1926 death, Congress soon authorized the monument that didn’t debut until 1947 because of World War II and debates over its location. The monument has a fountain and statues of Religious Freedom and The Reason.