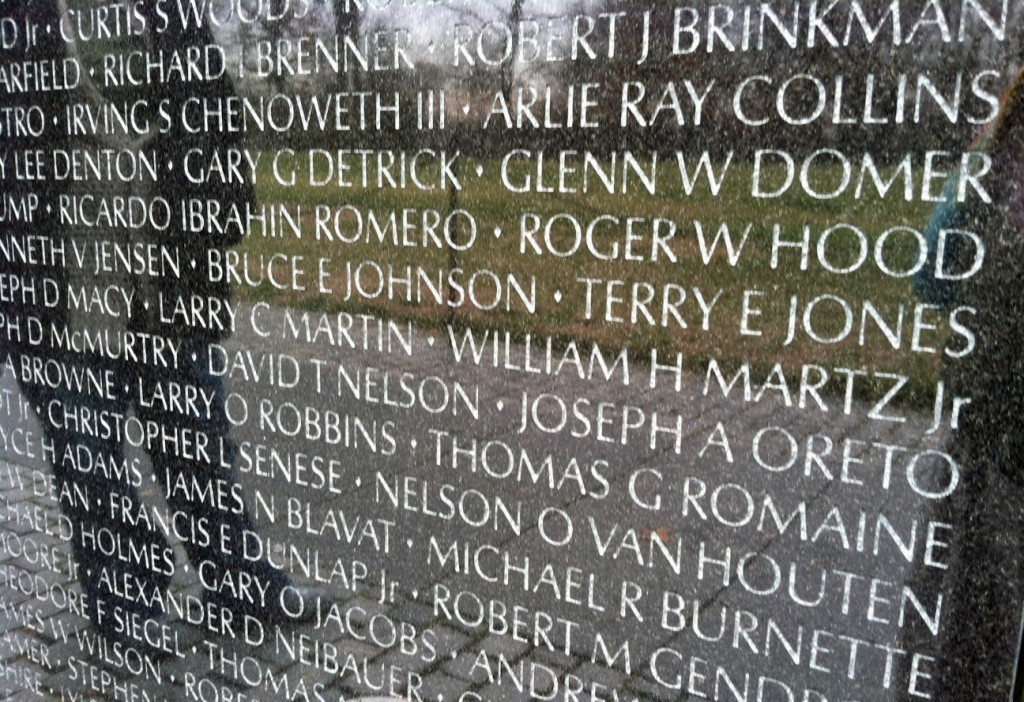 Whenever I find a name for someone on the Vietnam Wall, I asked who this person is to them.

Often, it’s a relative. Someone they probably didn’t know like their mom’s uncle. Recently, the woman said it was her boyfriend in 1969. She couldn’t believe it took this long to come see his name on the wall . . . summon the courage to confront pain that still seemed raw. Another time it was a woman’s husband whose body was recently recovered and buried at Arlington National Cemetery that morning.

One day, a 18-year-old woman with dreams of becoming a vascular surgeon and asking about local universities and hospitals, mentioned she had a relative on the Wall. I have “The Wall” app on my phone and found it.

“It was my great grandfather,” she said.

We had the young lady rub her ancestor’s name to take home. As the letters appeared, it seemed to become even more real to her. That’s the beauty of the Wall.

Every day, there’s a new story on the Wall.