Reagan welcomes you to National airport 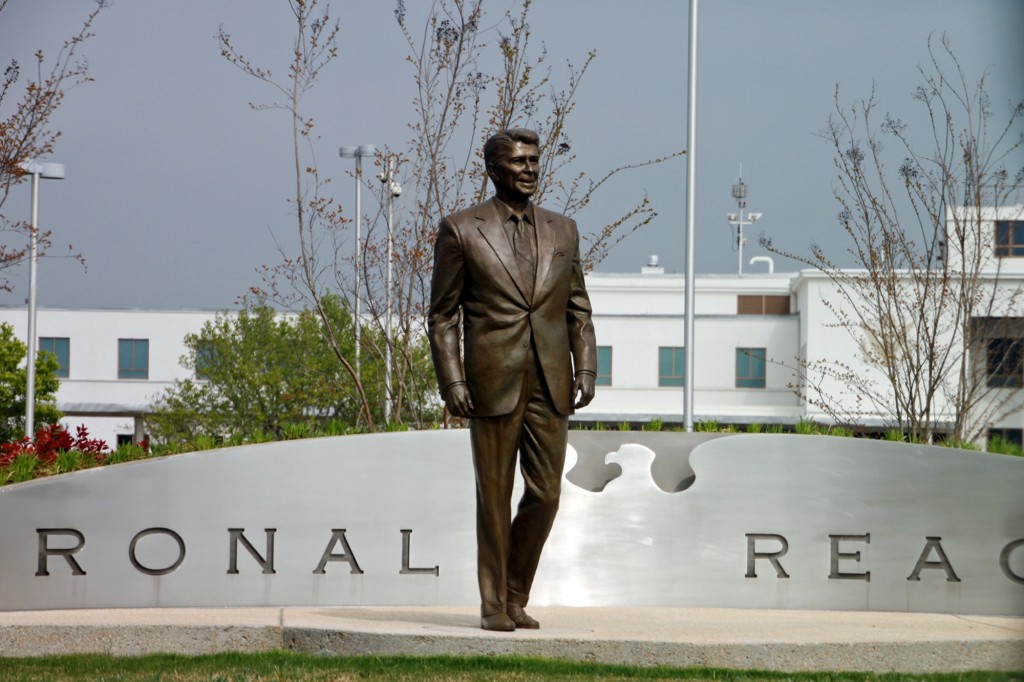 I still think it should be called (George) Washington National Airport. Indeed, there’s a sign on the north side that still says so.

But lawmakers renamed it Reagan-Washington National Airport in 1998. That name lasted five minutes as many now call it Reagan Airport. Now there’s a statue of the 40th president at the entrance of the old A terminal.

The statue itself is a pretty nice piece. It was unveiled Nov. 1, 2011 on Reagan’s 100th birthday, The nine-foot president with a 38-foot stainless-steel wall behind him has a bald eagle etched next to his name. The $900,000 statue was privately funded as one of four of Reagan. Sculptor Chas Fagan also created Reagan statues at the U.S. Capitol, London’s Grosvenor Square and the Reagan Library.