Plenty of grief has come from Adams Memorial 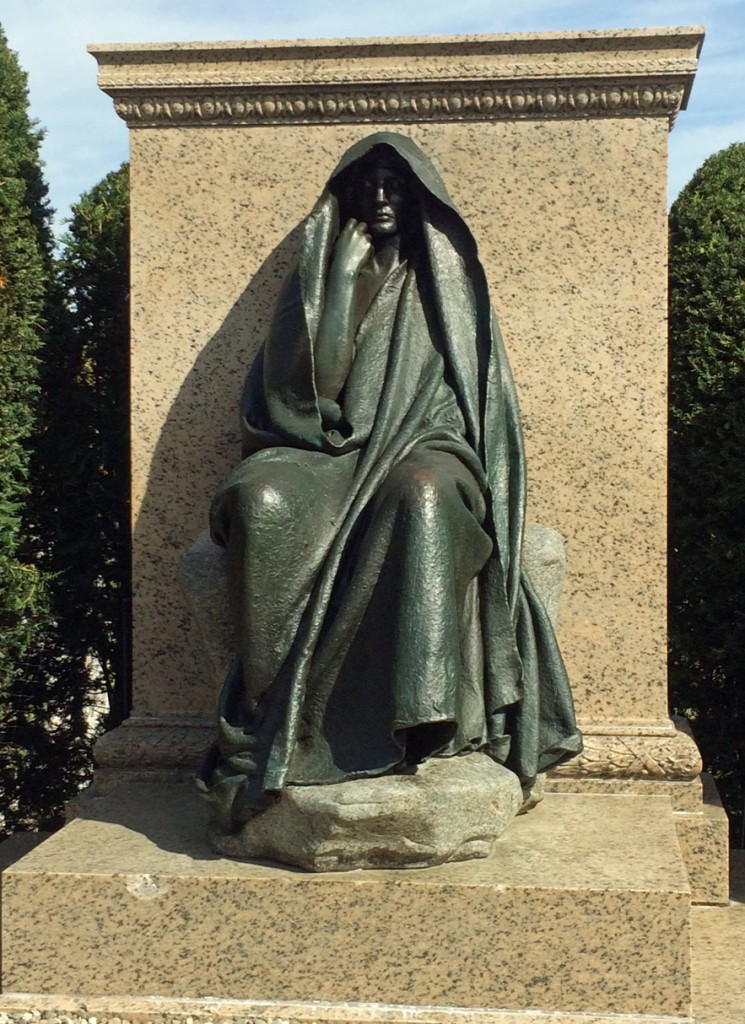 This is a story that can feel personal. Of death and despair. Mark Twain and mistakes.

When you find the statue made by Augustus Saint-Gaudens in the middle of Section E of Rock Creek Cemetery, hidden within a tall square of bushes that makes it a sanctuary amid centuries of death, you’re invited to sit down. A large wwrap-around marble bench suspends time while as you look at her . . . or maybe it’s a him. We really don’t know.

Henry Adams asked Saint-Gaudens to create a memorial to his late wife Marian, who feared a prolonged death so much she drank poison to gain a quick one at age 42. Marian Adams was by many accounts a vivacious hostess who loved horseback riding and photography, but the recent death of her father proved fatal for her, too. 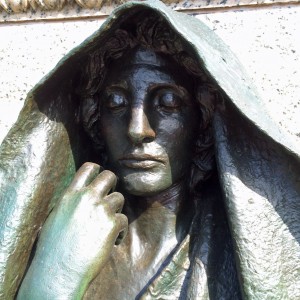 Saint-Gaudens was given free reign by Adams to create the sculpture. According to “Washington Sculpture” by James Goode, Saint-Gauden studied copies of Buddhas before creating the 6-foot bronze cloaked statue that gazes forever. Saint-Gaudens called it “Mystery of the Hereafter” while Adams called it “The Peace of God That Passeth Understanding.” And yet it was Twain who nicknamed the monument “Grief” that it is incorrectly known as today. Some just call it the “Adams Memorial.”

The monument was erected in 1890-91 and rededicated in 2002 after restoration.