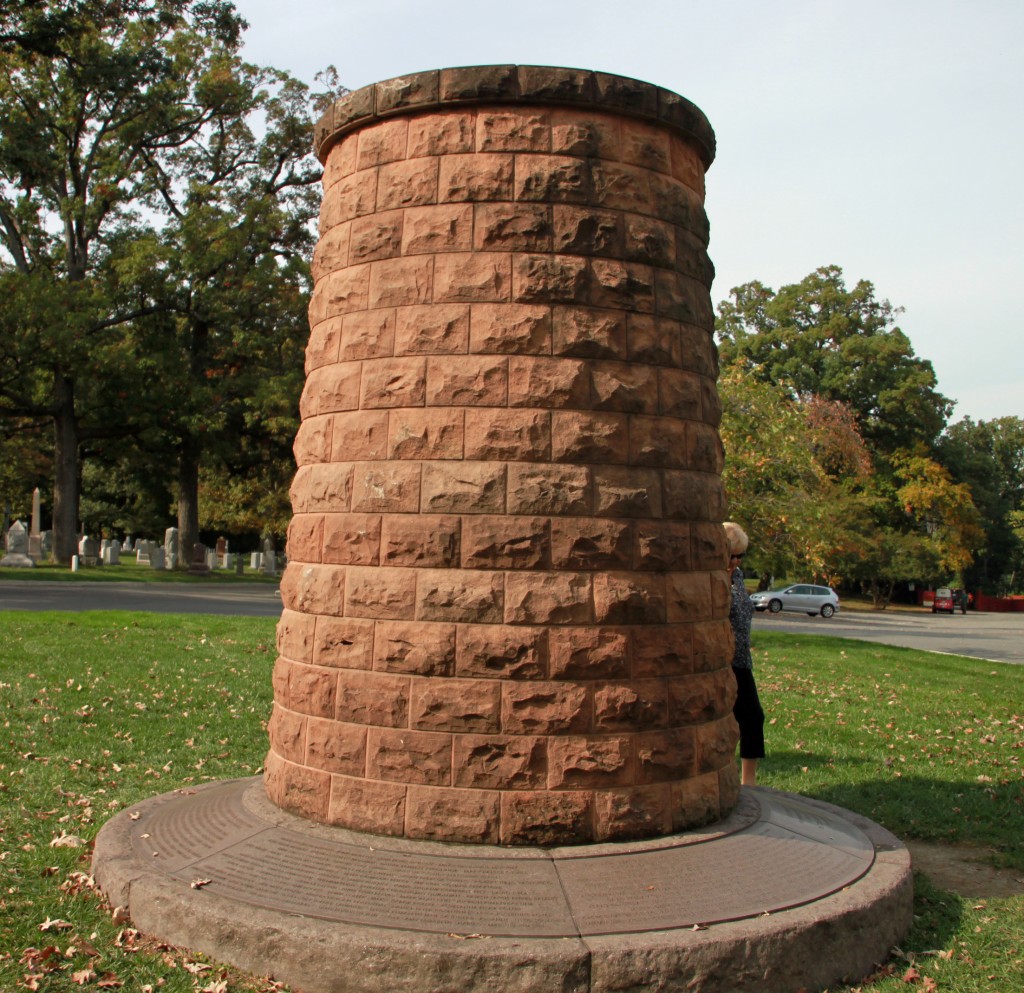 With Libyan leader Moammar Gadhafi killed, American will remember the tyrant for his backing of terrorists who blew up Pan American Flight 103 in 1988.

A monument to the 270 killed from 22 countries, including 15 U.S. active duty military and 10 veterans, is in Section 1 of Arlington National Cemetery just behind the Arlington House amphitheater. The base simply describes what happened.

“On 21 December 1988, a terrorist bomb destroyed Pan American Airlines Flight 103 over Lockerbie, Scotland, killing all on board and 11 on the ground.

“The 270 Scottish stones which compose this memorial cairn commemorate those who lost their lives in this attack against America.”

A Scottish cairn can be an informal heap of stones or one that is patterned and mortared. This circular monument of 270 red Scottish sandstones is 10 ½ feet tall and seven feet wide.

The stones came from the Corsehill Quarry, which was under the flight path of Pan Am 103. The quarry has operated since 1820 and contributed stones for the Statue of Liberty’s base.