Santa came early to my house

Posted on December 23, 2022 by Rick
Posted in Washington life | Tagged Santa Claus on a fire truck, Video by Rick Snider | Leave a comment

General Grant watches over us

The curious cube of Congressional Cemetery 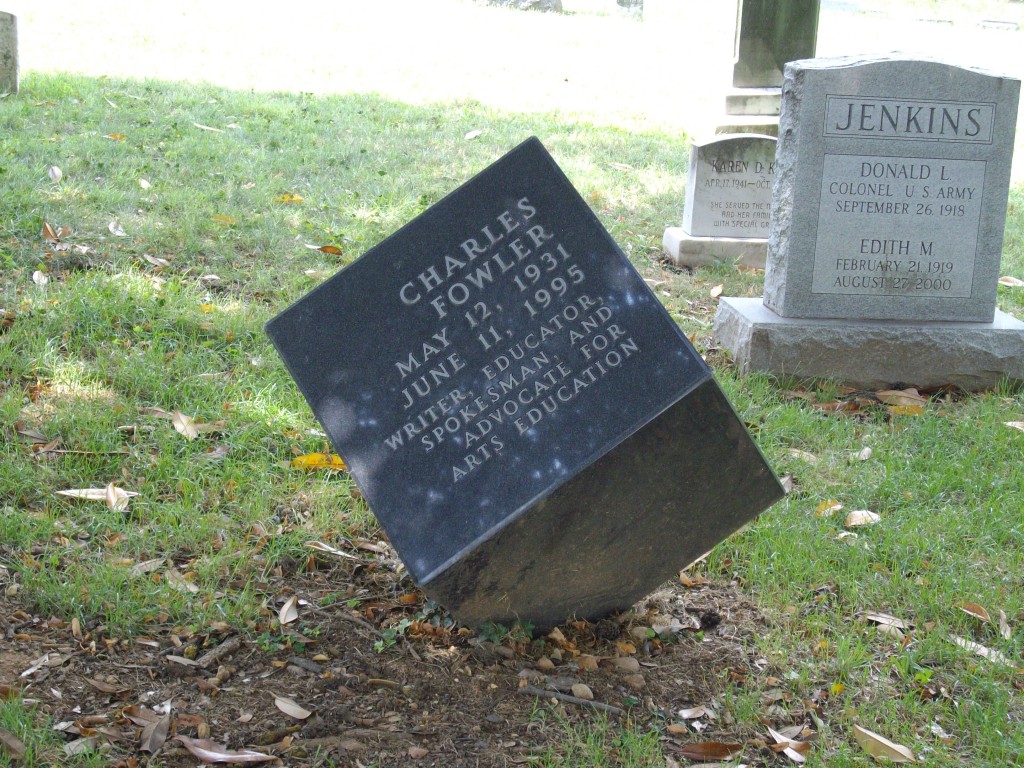 The black cube in Congressional Cemetery curiously placed at an angle will make you stop.

The graves of Charles Fowler and Kenneth Dresser are marked with a cube just 50 yards on the right once entering the gate. Fowler was a writer, educator and advocate for the arts who died in 1995. Dresser was a creative designer who died three months later.

Dresser was best known for designing the Electric Light Parade at Disneyland, Electric Water Pageant at Epcot and Fantasy of Lights at Callaway Gardens, Ga. Fowler was an arts educator and director of Natural Cultural Resources and guest professors at several universities.

The two were members of the University of Maryland’s “Black and Gold Society” honoring those who donated $100,000 or more.

Walking down 16th & O Sts. NW, I was drawn to an unexpected one-acre park where a stainless steel sculpture of two 12-foot tall whooping cranes draw you in.

Kent Ullberg created the cranes in March 17, 1989 for the then headquarters of the National Wildlife Federation. The cranes are shown in a combination of saltwater zone and wet grassland with animals hidden throughout the 14-foot base.

The 2,300-pound sculpture was left when the wildlife federation relocated. Their loss.

Lafayette – the Frenchman that Americans loved 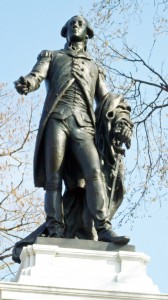 The General Marquis Gilbert de Lafayette was a key figure in American winning its independence. Lafayette blocked the escape route of the British ships at Yorktown, thus forcing Gen. Cornwallis to surrender to George Washington.

Lafayette stands atop a marble pedestal wearing civilian dress, but carrying a sword. He holds a cloak in his left arm while his right is outstretched, maybe to friends.

The woman below symbolizes American. She beckons Lafayette with a sword to implore him to fight for America. 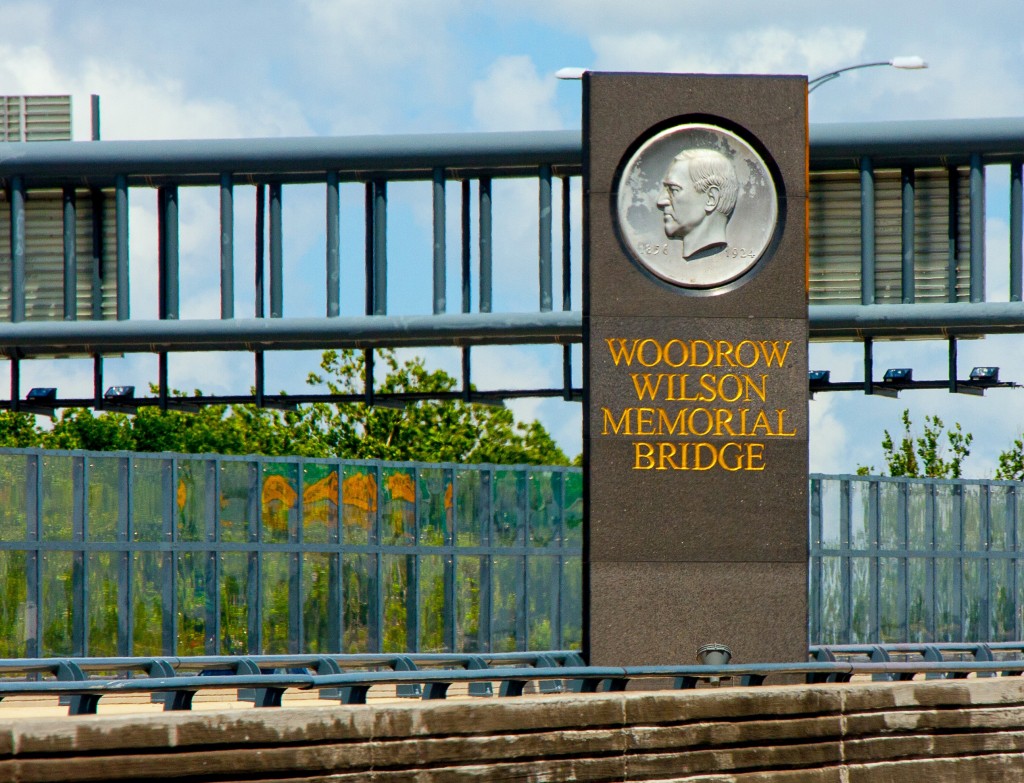 Not often is a memorial meant to be seen at 60 miles per hour. In fact, I went by it for 52 years before discovering it’s not a dime.

The Woodrow Wilson Bridge connecting Maryland and Virginia is named after the U.S. president. The bridge opened in 1961 and included two aluminum medallions of the president that looks like a coin. When a new bridge opened in 2009, the medallions were placed on the new bridge. (Frankly, I would have sold naming rights to the new bridge to Verizon or some big corporation for $200 million to recover some of the $1 billion cost. Certainly they would love the constant mentions on traffic reports. No different than a sports facility.)

The medallions were created by artist Carl Pal Jennewein, a German-born son of a die engraver. He moved to New Jersey in 1915 to work for a company of architectural sculptors and commercial modelers. The award-winning designer is best known for marble sculptures at the Rayburn House Office Building, 13 Greek deities at the Philadelphia Museum of Art, four stone pylons at the 1939 World’s Fair representing the four elements, two Egyptian pylons at the Brooklyn Public Library entrance and the main entrance of the British Empire at Rockerfeller Square. 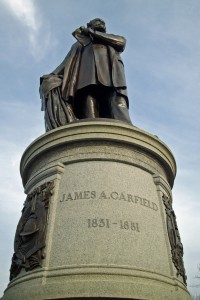 The only thing I knew about James Garfield was he was once U.S. president. I would have struggled to write a fifth-grade report on him

But coming across Garfield’s memorial on the U.S. Capitol grounds intrigued me into learning more. Turns out he was shot three months into his presidency in 1881 by a failed job applicant and died three months later at age 50.

And you thought today’s economic times were tough.

The only clergy member to serve as president, Garfield is also the only person in U.S. history to be a Representative, Senator-elect and President-elect simultaneously. He was not only left-handed, but known to simultaneously write in Latin in one hand and in English with the other. (My handwriting looks like Latin, but is really English.) Garfield was related to a Mayflower passenger later convicted of murder.

END_OF_DOCUMENT_TOKEN_TO_BE_REPLACED

The Chess Players: It’s not over until it’s over 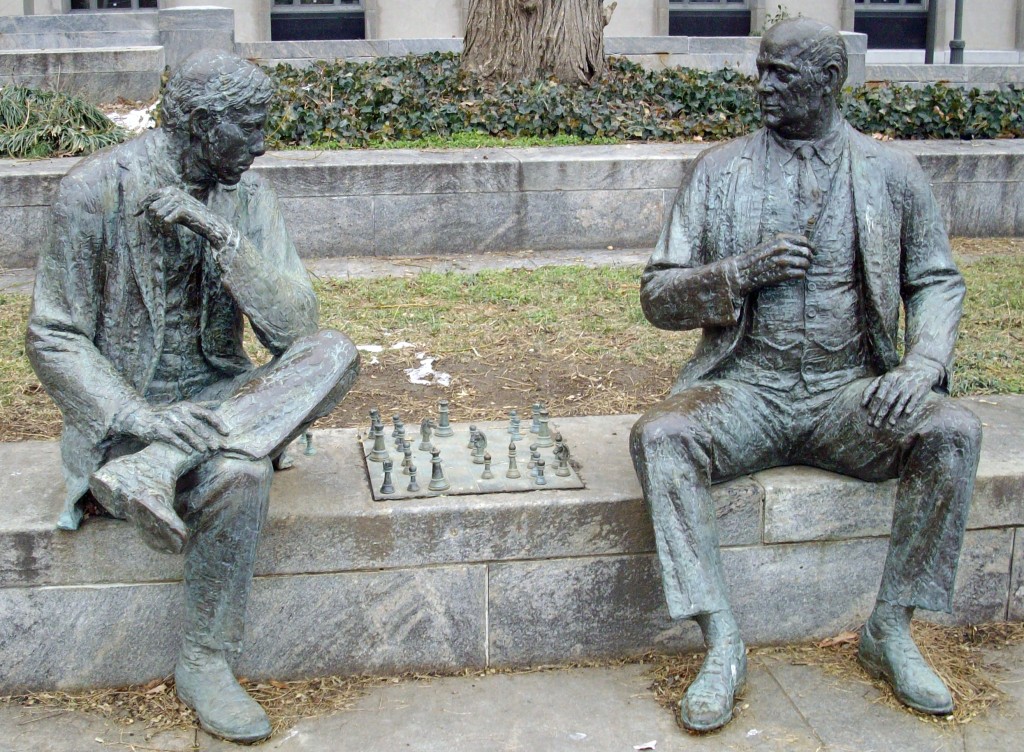 I’m telling you, the player on the left could still win this match. Come on, take the castle already. This game has been going on for an eternity.

The Chess Players is one of those fun artworks that make people stop if not take photos. Two life-sized men are playing chess, neither having a great advantage. However, the older gentleman on the right holds the queen in his hand and showing a slight smile while the other looks sad. A key piece has been won and the game’s outcome will soon follow. But you know, if the other guy moved his castle . . .

American artist Lloyd Lillie actually modeled the two figures after family members. This right one is his father, the left his son despite the ages seeming the same barring close inspection.

The bronze artwork lies in John Marshall Park on 4th and C Sts. N.W. aside the Canadian embassy and just a short stroll from the court houses. Supposedly, the park is the perfect place for lawyers to play chess on their lunch hour, though I’ve never stumbled upon a live version.

Remembering one of NASA’s own

From George Washington to the moon all within a few feet.

Walking the path to colonial St. John’s Church has a historical marker saying the Episcopal church was erected in 1723 and our nation’s first president attended services there many times. The graveyard isn’t very big, but there’s a large horizontal marker with a rocket ship with the earth and the moon nearby where Bernard Lee Johnson was buried in 1979.

Johnson was a nearby Fort Washington, Md. resident who worked for the National Aeronautics and Space Administration (NASA) as deputy budget and planning director in the office of manned space flight. After retiring in 1975, he co-owned nearby GI Liquors.

The graduate of Eastern High and George Washington University joined the Army Air Force during World War II. After working for the office of surgeon general and the Commerce Dept., Johnson spent 15 years with NASA during the Apollo missions.

The Concert makes you stop 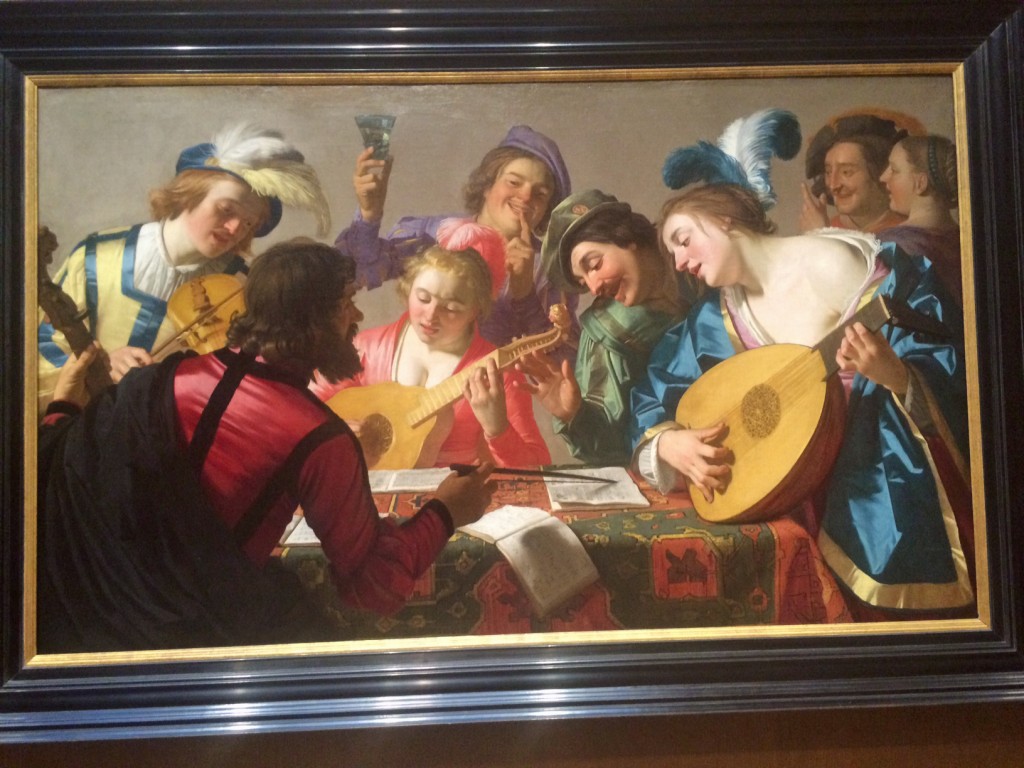 I’ll admit to not knowing much about art, but I know what I like and “The Concert” by Dutch artist Gerrit Van Honthorst made me stop, sit and ponder.

The 1623 oil painting hangs in the National Gallery of Art, West Wing, falls into my favorite category of big in size yet intimate enough to get a personal read. Honthorst liked scenes of contrasting dark and light with big gestures. Here, we see a musical group whose outfits give Hornthorst a chance to use vibrant colors. The painting also shows that following a leader produces great results.

The best part of the National Gallery of Art is its free admission where most similar venues would charge at least $20 elsewhere. All part of your tax dollars at work.