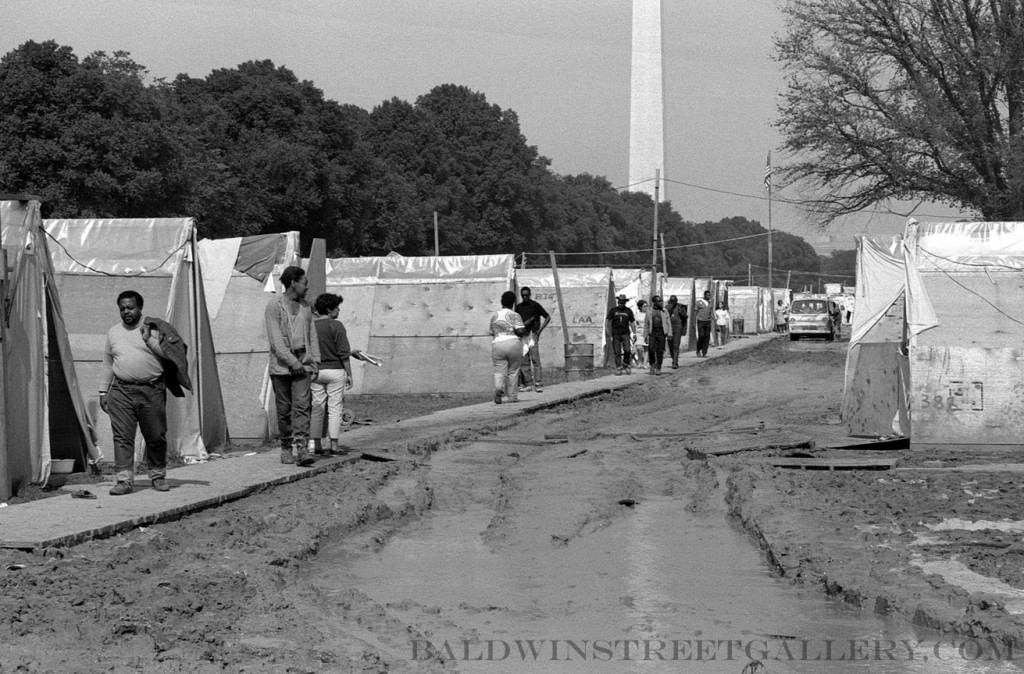 As the hardcore few dozen protestors hunker down on Freedom Plaza in the rain, the OccupyDCNow movement is remindful of 1968 when Resurrection City filled the National Mall for a few weeks. 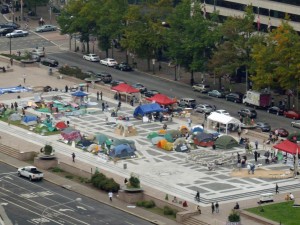 Oh, this protest is nothing compared to prior movement that attracted thousands to build a tent city along the Lincoln Memorial Reflecting Pool. I was eight years old and remember my parents driving past it on the way to a family gathering, amazed by a group camping out on the mall. History seems to have forgotten Resurrection City, but it made a lasting impression on me.

Resurrection City was actually a legacy of the recently slain Rev. Martin Luther King, Jr., whose statue will be dedicated on Sunday just a few yards from where the tent city stood.

The Poor People’s Campaign was to protest jobs, housing and economic issues for the nation’s poor. The organization wanted a $30 billion anti-poverty package that included an “economic bill of rights.”

There are some great photographs at John Phillips Photography.com and Bill Wingell