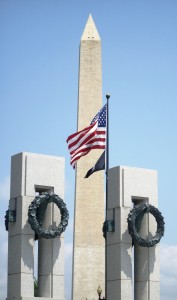 Want to sound like a local? Here’s the first clue – we say “War-shington.”

Yes, we sneak an “r” in there. I don’t know why. It’s not because this town makes war on other countries. It’s just something we say and it’s a real clue as to who’s a local. Kinda like a suburban town a few miles south of the city that I spent many childhood years called Accokeek that is pronounced by locals as “Accakeek.” Drives non-locals crazy thinking someone’s spelling it wrong.

Whatever – “Warshington” is a tell on who’s who.

I could amend my pronunciation to “Washington” but why should I? I’m from here and living here. To those who correct me or say I sound funny, I say you’re the non-local who sounds funny to us.