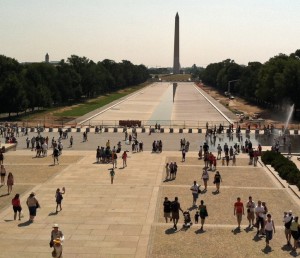 One night on tour, a visitor told me she heard Rush Limbaugh say that everybody in Washington made more than $100,000. I told her it wasn’t true, she said it was.

I did some digging on the Dept. of Labor website and found some geeky numbers.

The average District resident earns $60,903. So I guess we’re doing better than some people around the country, but they’re not paying the same high real estate costs as we are. Frankly, if you’re making $60,000 and have a family your money is tight.

Guess I’ll have to ask Rush for a loan.