Native Washingtonian 101 – How to really tick us off

Washington is a southern city despite recent declarations we don’t sound southern anymore. Federal City has always been a transient town since opening more than 200 years ago, but head to the southern suburbs and you’ll still hear “y’all” while men open doors for women. 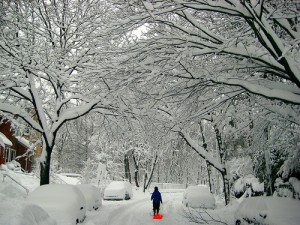 We don’t handle snow very well. We don’t even handle rain very well. Translation – tourists should stay off the sidewalks during inclement weather.

Washingtonians can’t handle wet weather. It’s mostly traffic is already so bad that one little thing just gridlocks us. And, people are in such a big hurry they won’t slow down for slick pavement.

A friend in the auto body business calls rain “pennies from heaven” for all the business it generates.

Washingtonians are a little sensitive about our winter driving skills. So if you really want to tick us off, repeat the following:

“This is nothing compared to where I’m from.”

Undoubtedly, it’s some New Yorker or Pennsylvanian saying they get 10 feet of snow and we’re just a bunch of whining schoolgirls. President Obama made this mistake in 2008 when his kids asked why school was closed for snow when they never did so in Chicago. Oh, they lost adorable points that day.

Maybe we’re just southern sissies, I don’t know. I’m just saying to keep your northern nose out of our wet-weather driving capabilities or see a snowball coming your way.