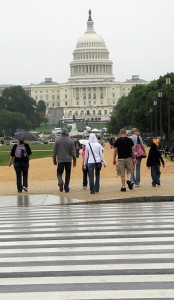 I don’t know whether to be flattered, amused or insulted, but Travel & Leisure magazine’s new national poll has quite a few interesting things to say about Washingtonians.

Out of 35 cities, Washington was rated No. 1 in monuments and museums/galleries and No. 2 as a cultural getaway to New York City. Since this is Monumental Thoughts, I like those parts. And, we’re ranked fourth in intelligence. Must be the glasses that fools them.

But, as I kept reading, it kept getting worse. Washington was ranked No. 22 overall just behind Houston. We’re in the second tier of cities? Seriously, I’ve traveled to 36 states (and 10 foreign countries) and seen everything worth seeing and Washington would be on my top 5 list of cities along with San Francisco, Chicago, New York and Miami. 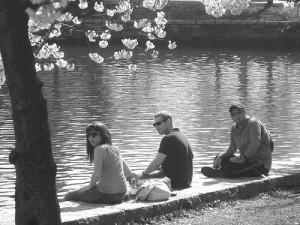 Washingtonians were ranked 30th in attractiveness. What? They must be confusing all these old politicians with the natives. We moved up to 27th in stylish. Hey, I just washed this T-shirt. We’re 32nd in vintage shops – drat, I’ve been working on that all year.

We’re 31st in friendliness. Well, kiss my . . . We’re 21st in cleanliness. I’m not sure if that’s me not taking a shower or the streets are dirty. We’re 18th in people watching. That’s a mistake. We’re at least top 10 there. Just go down to the Lincoln Memorial and watch. Washington is 24th in safety, which seems a little low. The public parts of town are reasonably safe.

Our barbecue was ranked 28th, pizza 27th and hamburgers 21st. Nightlife was 27th. Seriously, what are you people doing in Georgetown and Adams Morgan nowadays?

Finally, Washington is 33rd for a wild weekend. Well, it is a city of monuments, museums and memorials. Maybe the George Washington University students can ramp things up for us.

Rick Snider is a native Washingtonian, long-time journalist and licensed tour guide since 2010.
View all posts by Rick →
This entry was posted in Washington life and tagged Photos by Megan Snider, poll, Town & Leisure magazine, Washington D.C.. Bookmark the permalink.