Mountain and Clouds will blow your mind 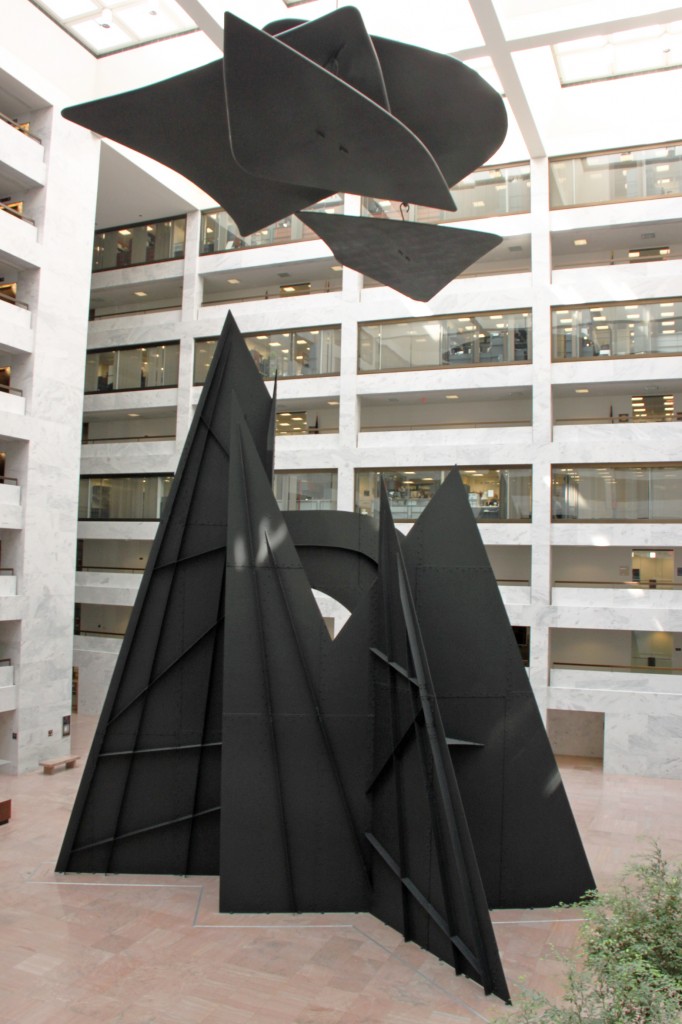 My first thought when entering the lobby of the Senate Hart Office Building – was it this big piece of junk?

A few minutes later when viewing it from the seventh of nine floors, my second thought – Oh, I get it now.

My final thought – Mountains and Clouds is a pretty cool sculpture. Too bad it’s hidden in a government office building that the public rarely sees and few will appreciate from ground level.

It was the final piece created by Alexander Calder, one of the leading 20th-century American sculptors known for creating suspending moving parts called “mobiles.” This piece has four clouds hanging from the roof and five triangular mountains underneath. It’s painted black to contrast with the surrounding white marble.

Ironically, Calder’s final day was spent meeting with the Architect of the Capitol over the sculpture. He even used a pair of pliers to adjust the model. Calder then returned to his New York City home where he died that night. Mountain and Clouds was later dedicated in 1987.

Ironically, I didn’t realize my photo was from the rear until cleaning it up in Photoshop. I was photographing from up high and the lighting hid the rear. But, if I can appreciate it from the back, it sure must be a nice piece.

One Response to Mountain and Clouds will blow your mind