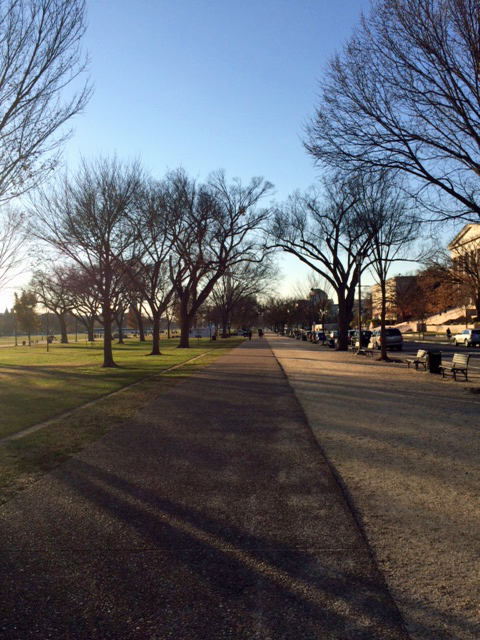 I’ve just finished eight years of tour guiding and writing this blog, which is mostly a journey of continued learning. Last summer saw my 1,000th post of the sites and sights around Washington.

It was a typical year overall. Lots of time on the National Mall, though occasional excursions to the many other great parts of town. I created a Presidential and First Ladies drinking tour which I do for private groups. Indeed, private tours are my mainstay now, though occasionally I’ll do a school group in the spring. 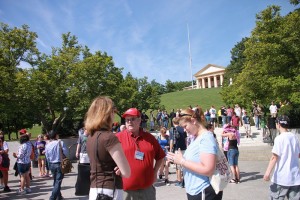 For the eighth straight year, rocks atop stones explaining why they’re atop Arlington National Cemetery graves was the most read story. Finding a name on the Vietnam Wall was second followed by an update on the man and dog on Korean Wall Memorial. 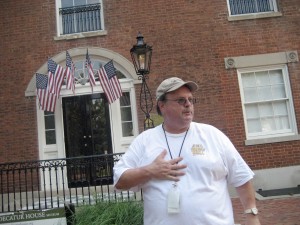 Well, on to year nine. I figure on guiding as long as I can, which is hopefully at least a few more years. I’m also finishing a book on angels in our lives called “The Angel Among Us” and working on a website featuring the wines of Southern Maryland. And, of course, I’m still covering the Washington Redskins for The Washington Post Express and 106.7 The Fan. I just celebrated 40 years as a local sports writer with hopefully 10 more to go.

Rick Snider is a native Washingtonian, long-time journalist and licensed tour guide since 2010.
View all posts by Rick →
This entry was posted in Washington life and tagged Best D.C. walking tours, Monumental Thoughts, Photo by Rick Snider. Bookmark the permalink.