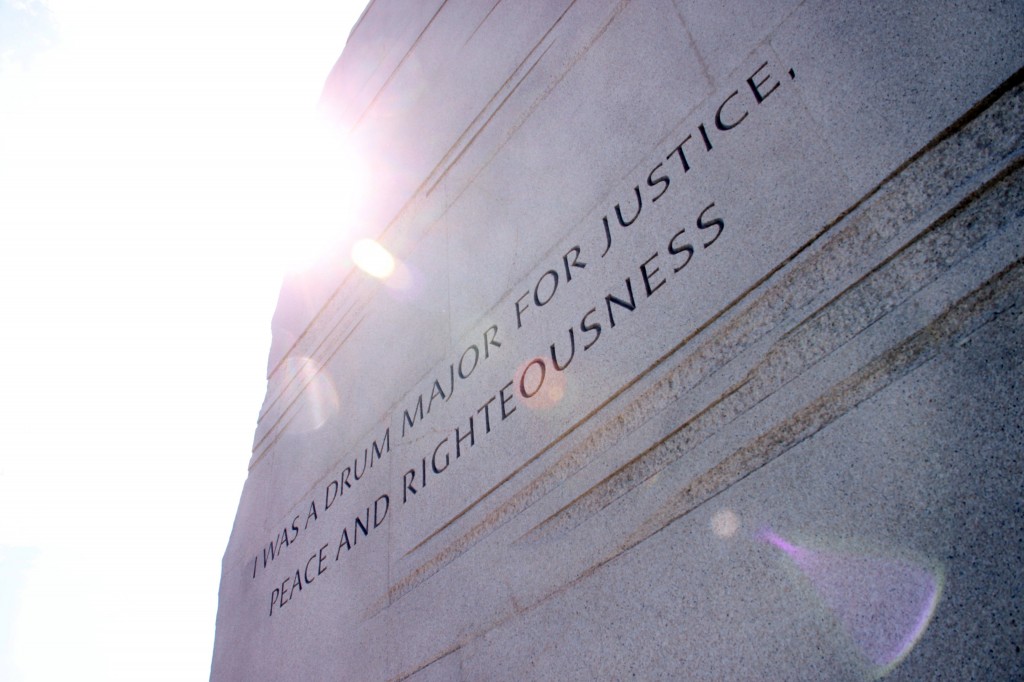 The National Park Service was supposed to remove the quote shown above in February. Now we’re closing in on April and it’s still there.

Blame it on the sequester.

I don’t take a stand on whether the shortened quote makes Martin Luther King, Jr. sound prideful. Aside wishing things should be decided before carved into granite, it doesn’t matter to me if it stays or goes.

But for everyone who asks me why it’s still here, I can only say, “When does the government ever run on time?” Just ask those who will lose money in their paychecks because Congress and the President can’t agree on cuts.

Rick Snider is a native Washingtonian, long-time journalist and licensed tour guide since 2010.
View all posts by Rick →
This entry was posted in Monuments and Statues and tagged Martin Luther King Jr. Memorial, MLK, Photo by Megan Snider, removed quote. Bookmark the permalink.