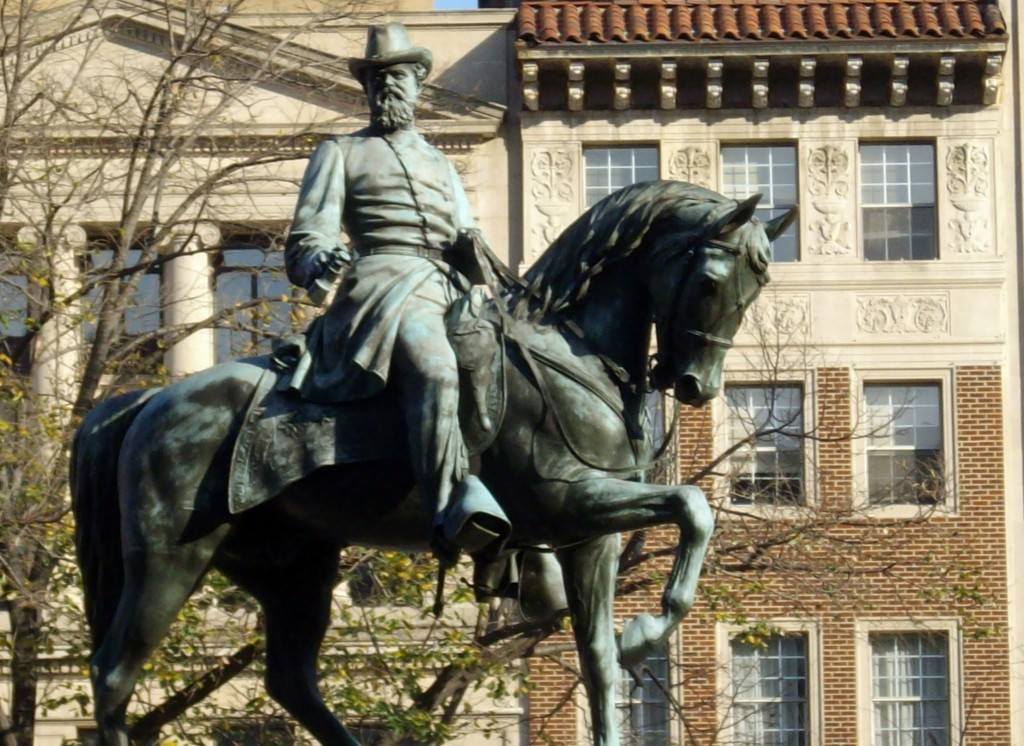 Union Gen. James Birdseye McPherson is under siege once more – this time by protestors.

The Occupy DC movement is encamped in McPherson Square, surrounding the Civil War general. Below the 12-foot equestrian statue atop a granite base are hundreds of protestors who are likely staying for a few more months.

Maybe it would have made McPherson smile to see the upheaval around him. Rising from 1st Lt. to brigadier general, the West Pointer was killed in the Battle of Atlanta. He was the only Union general to die in the field and second highest ranking overall. 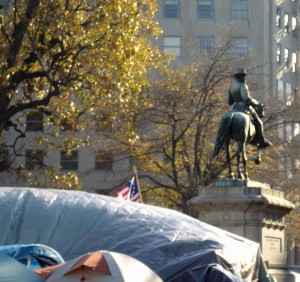 McPherson was killed when riding too close to the battle lines. When confronted by Confederate soldiers, McPherson was shot trying to escape rather than surrender.

The Society of the Army of the Tennessee provided the sculpture by Louis Rebisso on Oct. 18, 1876. Just two blocks from the White House, President Rutherford B. Hayes and his cabinet attended the dedication.

McPherson was supposed to be entombed in the base, but the Clyde Memorial Society filed a legal injunction during exhumation in Clyde, Ohio.

POSTSCRIPT – Metropolitan Police arrested 31 protestors over constructing a two-story wooden building or crossing police lines on Dec. 4. Is this the end of the occupation? Probably not.