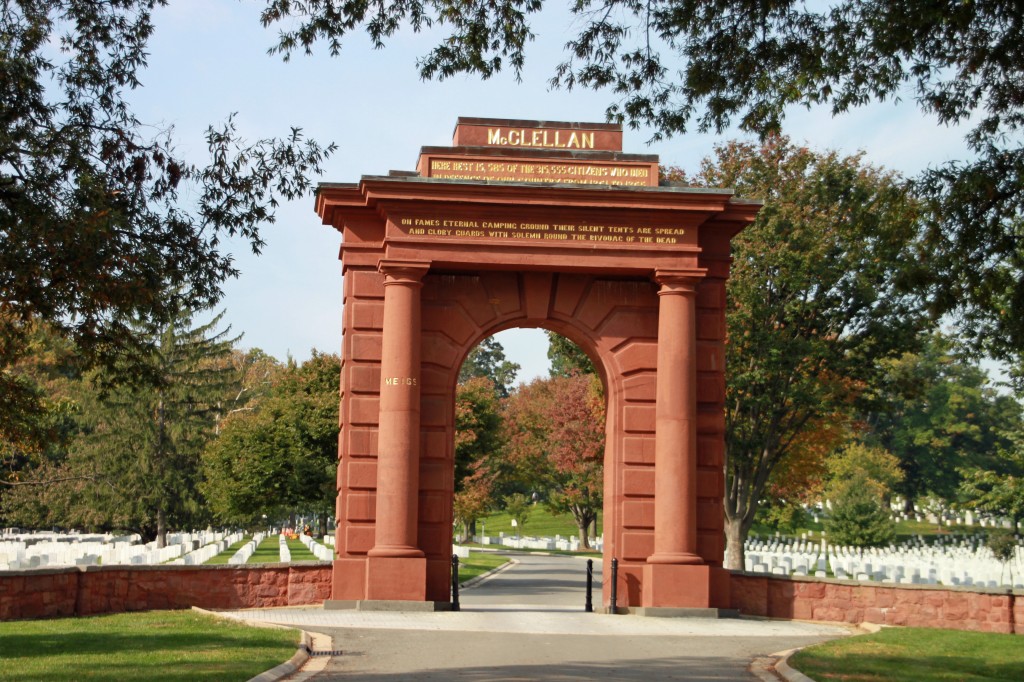 When Arlington National Cemetery opened to the public in 1864, everyone passed through the McClellan Arch, which is about 150 yards to the left of the current entrance.

Named for Union Gen. George B. McClellan, whose Civil War headquarters was on the cemetery’s grounds, the 30-foot arch was originally a tribute because its namesake wasn’t dead. McClellan later died in 1885. He isn’t buried in Arlington, though his son George McClellan, Jr. is.

On the east side (facing Washington) of the arch inscribed in gold is: “On fame’s eternal camping ground, their silent tents are spread, and glory guards with solemn round, the bivouac of the dead.”

The west side has: Rest on embalmed and sainted dead, dear as the blood ye gave, no impious footsteps here shall tread on the herbage of your grave.”