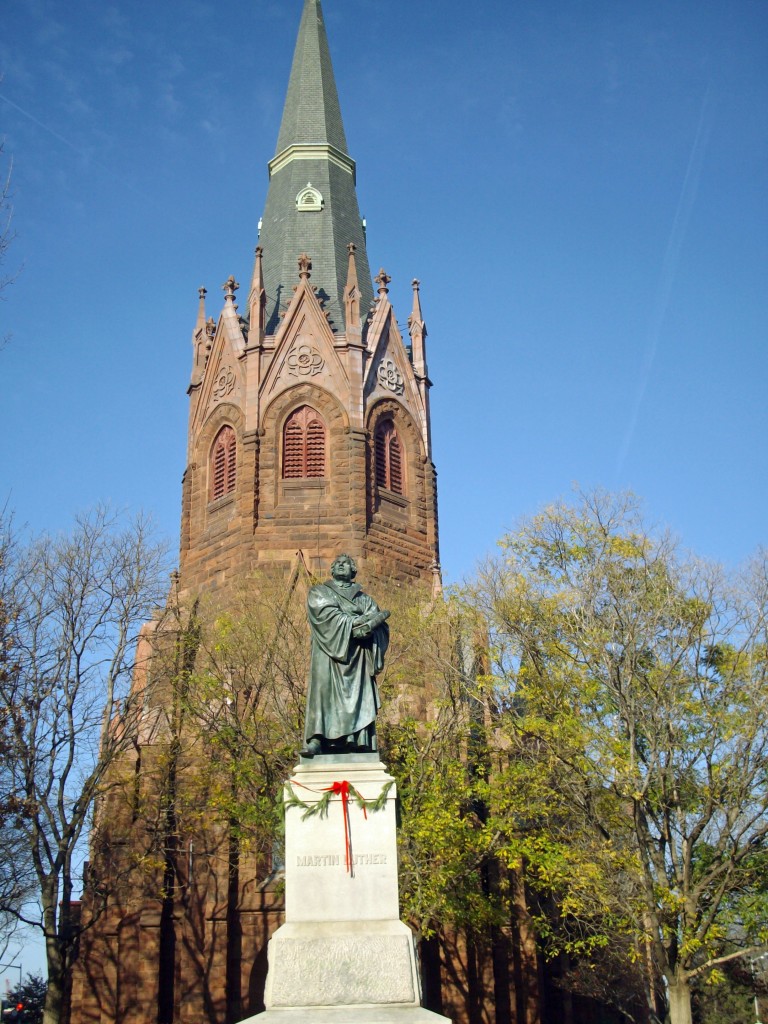 It’s not just the statue that catches my eye, but the background. At the proper angle, they combine for a commanding presence.

Martin Luther and the Luther Place Memorial Church in the background at Thomas Circle are a perfect partnership of what the statue means. The Lutheran religion comes from Luther, a 16th century friar who felt stricter adherence to the scriptures was needed. The Catholic church excommunicated him, but the Diet of Worms trial saw his fellow Germans refuse to condemn him.

Luther spent one year translating the New Testament and a decade reproducing the entire Bible in German when it was previously available only in Greek and Latin. He led the German Reformation movement.

The bronze statue was erected in 1884; a copy of one in Worms, Germany that was later badly damaged during World War II. The 11 ½-foot statue shows Luther looking to the heavens while holding the Bible.