Marker gives a new meaning to ‘Anchors away’ 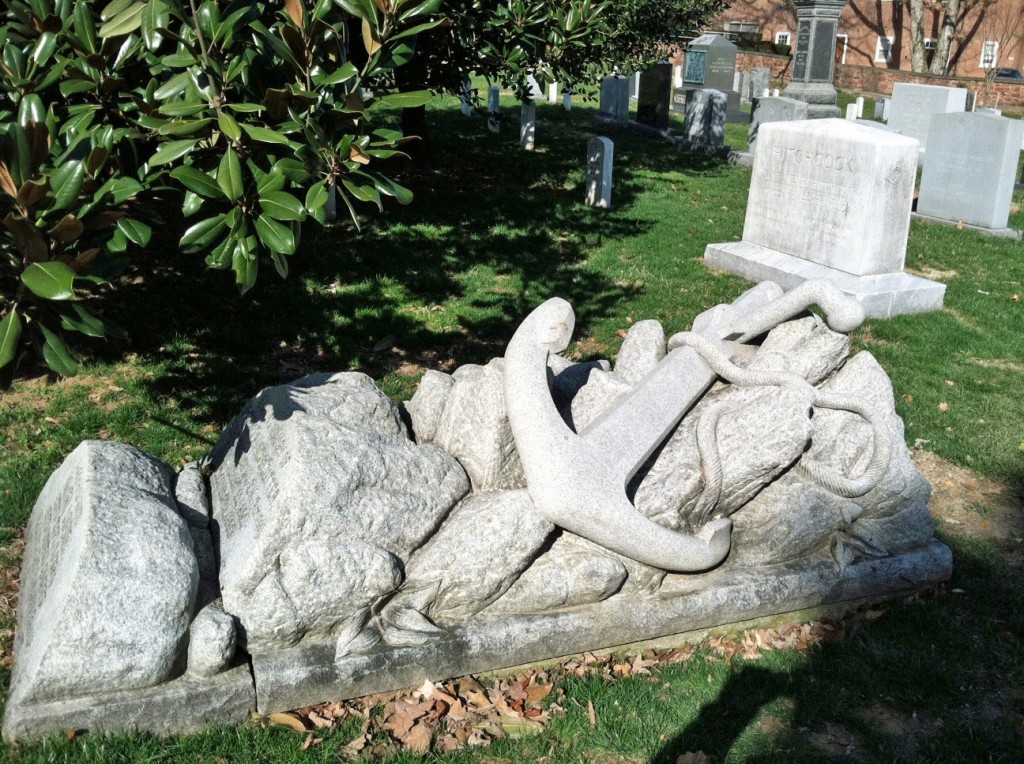 Navy commodore George Francis Cutter and his wife Mary Louisa Cutter rest in the rear of Arlington National Cemetery. The Section 1 memorial has an anchor atop a rocky memorial. It’s one of the more unusual markers in the cemetery that’s filled with unusual memorials.

Born 1819 in Massachusetts, began as a captain’s clerk in 1838. He became a prisoner when the USS Truxton wrecked in the Gulf of Mexico in August 1846 during the war with Mexico, but was part of a prisoner exchange four months later. Cutter worked his way up the ranks over the next 33 years before retiring in 1881. He died on Sept. 1, 1890.