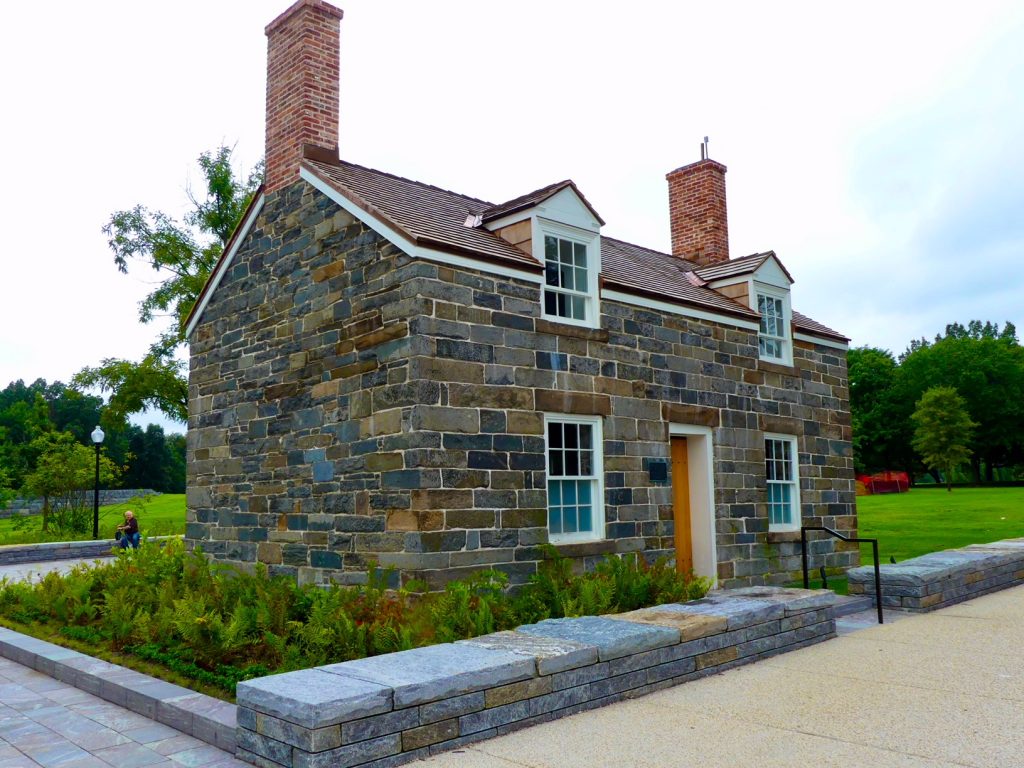 The old house on the corner of 17th St. and Pennsylvania Ave. NW was a shuttered reminder of days long ago when the swamp was real. It’s the second oldest home (behind Georgetown’s Old Stone House) as an 1837 reminder of when freight was carried down a canal long since filled in as Constitution Ave. 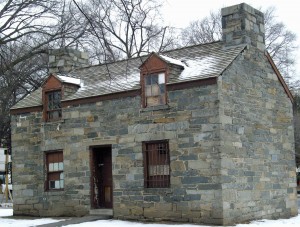 And it’s open once more after closed 40 years.

The new gateway to Constitution Gardens section of the National Mall, the Lock Keeper’s House is part of a $4 million makeover that included moving the home about 50 feet farther from the street. A new roof and totally scrubbed interior now filled with historical displays will be open 10 a.m. to 4 p.m. whenever a volunteer guide is available. Unfortunately, there’s no way of knowing whether there’s a guide until turning the door knob. I suggested to the guide to install a flag pole and fly the stars and stripes whenever open.

The stone structure is three floors, though the cellar isn’t open to the public, which enters on the second floor at street level. The upstairs where the family slept has only new beams and the fireplace isn’t working. But, you get the gist of the place with a large video screen showing the makeover. 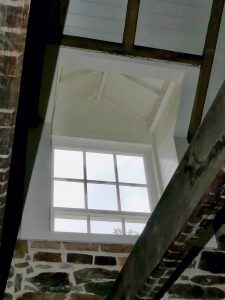 Four lock keepers were housed there over 20 years. The guide said it was a bad place to be posted, paying only half the normal $100 monthly stipend. Photos of lock keeper John Moore and his wife Mary Catherine are displayed. Legend has it one lock keeper had nine kids, but which is unknown.

The Washington City Canal operated from 1815 to the mid-1850s as a means of shipping goods. Lock keepers collected tolls and kept records of passing commerce. Congress spent $100,000 on the canal and President James Madison presided over its May 2, 1810 groundbreaking. The War of 1812 delayed the canal’s finish until 1815.

Only three feet deep, the canal sometimes overflowed during high tide. By the 1860s, canals were made obsolete by trains and Washington’s became an open sewer whose stench made the Lincoln flee to the Northeast cottage each summer. Boss Shepherd, then head of Public Works before later becoming territorial mayor, ordered it filled in 1871 and named it B Street.

Rick Snider is a native Washingtonian, long-time journalist and licensed tour guide since 2010.
View all posts by Rick →
This entry was posted in Attractions and tagged Best Washington DC walking tours, Lock Keeper's House, Photos by Lisa and Rick Snider. Bookmark the permalink.