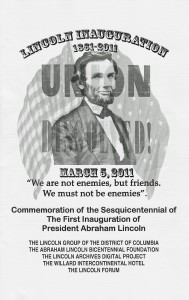 The 150th anniversary of Abraham Lincoln’s first inaugural was a bigger success than the original.

Lincoln only gained 39 percent of the popular vote and 18 of 34 states when becoming president in 1861. Soon after the South broke away and the Civil War was on.

But the March 5 remembrance was filled with more than 300 Lincoln backers at the Willard Intercontinental Hotel for a re-enactment of that first inaugural banquet. The near-three hour affair was filled with good food, quality re-enactors, great music and a show-stopping performance by Michael Krebs and Debra Ann Miller as Abe and Mary Lincoln.

Led by the Lincoln Group of the District of Columbia, the banquet was filled by those of all ages. My table of 10 included four combinations of father/grandfather with son/grandson. Pretty impressive to see multi-generations attending. 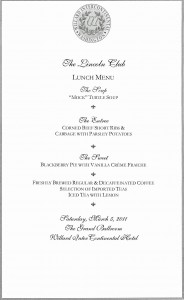 OK, I love food so I’ll start with the menu. It was the same as Lincoln’s first inaugural that was picked by the president himself. The only concession was “mock” turtle soup. I don’t think Campbell’s makes that, but it was very tasty. Kinda like beef barley. There was also corned beef, roasted potatoes and blackberry pie that I hadn’t eaten since I was a kid and we picked them growing wild.

Dr. John Elliff of the Lincoln Group, who recently did a Q & A with Monumental Thoughts, led off the introductions. Rev. Roger Gench followed with the invocation.  The Myrtilla Miner Elementary School Glee Club sang the “Battle Hymn of the Republic” that was written at the Willard.  The Washington Revels Jubilee Voices performed several Civil War periods pieces that were outstanding. 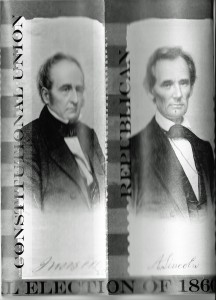 Waterson created a buzz with a public that best knows him an attorney on Law and Order. Actors know how to entertain and he worked the room telling jokes on friends.

White was the key speaker and delivered an insightful 15-minute interpretation of Lincoln’s first inaugural speech. Who knew Sec. of State William Seward urged Lincoln to change so much of the speech beforehalf? And, White showed how Lincoln adapted many of Seward’s recommendation with such ease and grace. 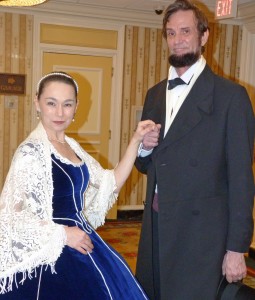 Finally, Krebs showed us what Lincoln was like on that day with a passionate 10-minute speech on trying to mend fences. It made me feel like I was watching the actual event. Miller as Mary Lincoln added a very personal touch. You’d think the pair were actually married.

I can’t wait four years to attend the 150th anniversary banquet of the second inaugural. 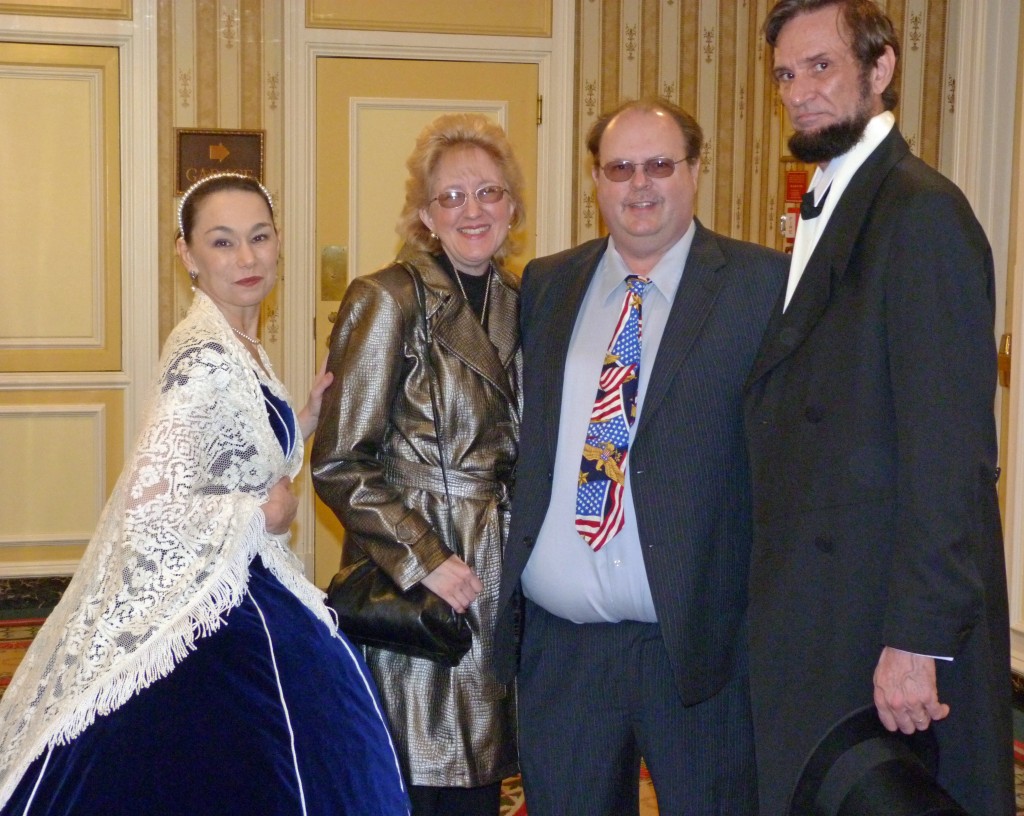