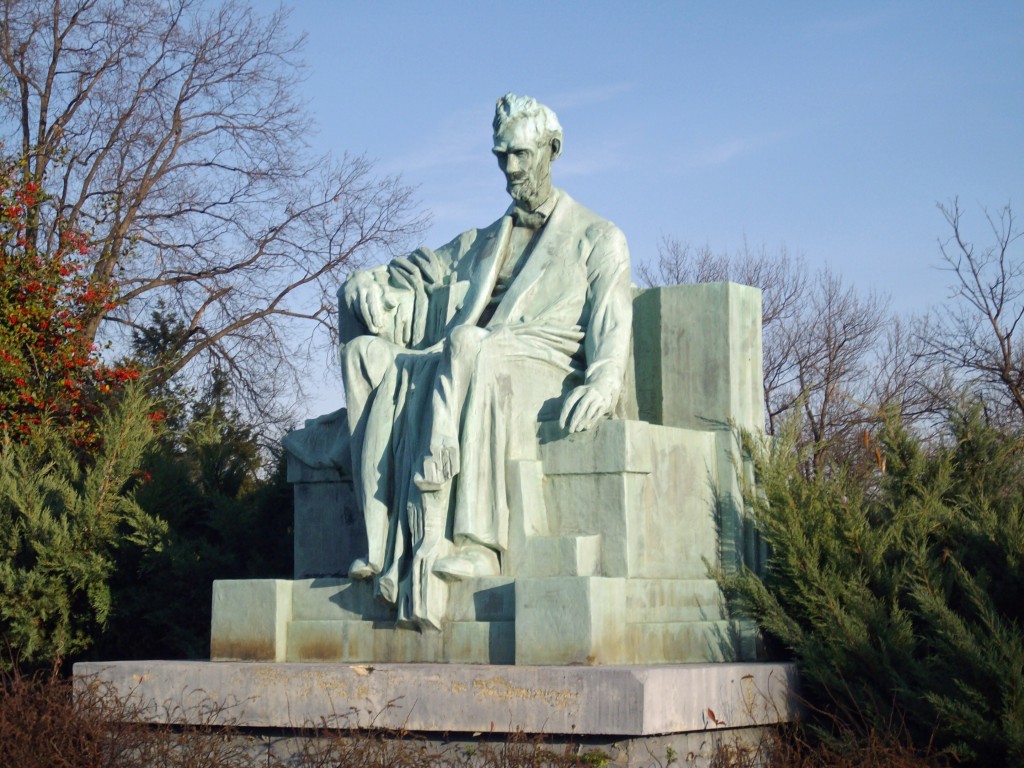 Truly, this is one of the hidden gems of Washington.

An Abraham Lincoln sculpture by renowned Lincoln scholar Andrew O’Connor sits in the middle of Fort Lincoln Cemetery about 100 yards from the District line. The 13-foot enduring bronze statue shows Lincoln in the final days of the Civil War in deep thought, as thin and weary as the 16th president would become. The stress of the war is clearly upon him.

So what’s it doing in a cemetery instead of somewhere more prominent?

The piece was commissioned in 1930 by the Rhode Island Lincoln Memorial Commission for its state house. Cast at Gorham Manufacturing, it remained there for 17 years because the Rhode Island commission didn’t have the money to pay for the statue. Finally, Fort Lincoln Cemetery bought it in 1947.

The statue is in the area Lincoln met with Union troops during the war. It was Fort Lincoln then, the cannons still high above in earthworks where the president sat under a massive centuries-old oak and drank from the adjacent spring house that’s still there. The fort was founded in 1861 to defend Washington and named for the president. It later became a cemetery.

Personally, I always used the statue as a marker to turn near where my father is buried. Who knew it was such a prestigious piece? After all, O’Connor created several well-known Lincoln statues nationwide, including one in front of the Illinois state house. This one is considered among the best by O’Connor, who studied under Daniel Chester French, creator of the Lincoln statue at the Lincoln Memorial.