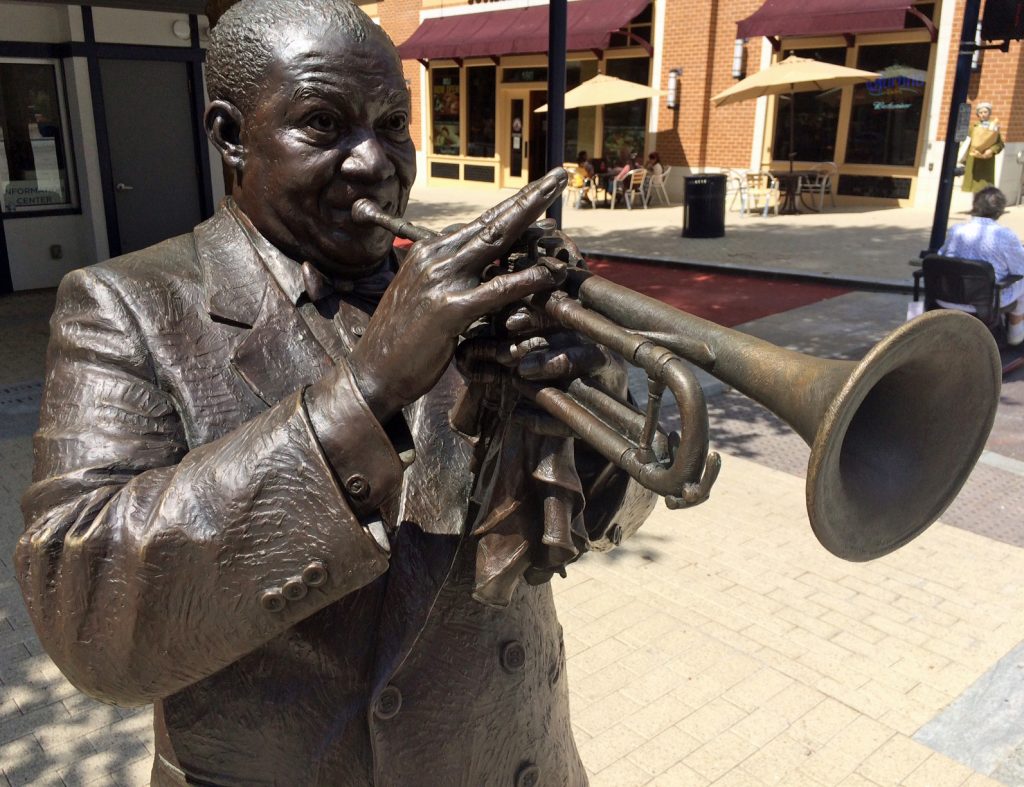 It’s not often I spend a lazy Sunday afternoon doing nothing, but while waiting for my wife at National Harbor I wandered by the many statues near the water that I’ve driven by dozens of times. 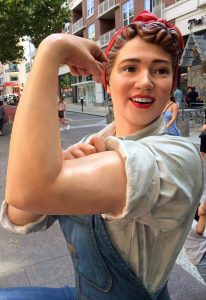 Park the car and see them. From Marilyn Monroe and Abraham Lincoln to Henry Ford and Louie Armstrong, more than a dozen figures are quite a tourist attraction. Lincoln and Frederick Douglass near the main street are probably the most popular with photo goers, but Monroe gets plenty of traffic, too. 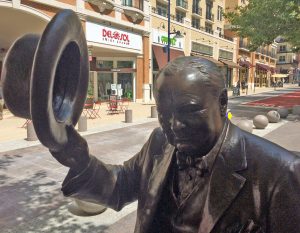 National Harbor has become quite the tourist attraction after eight years. Lots of restaurants and shopping, mostly for convention goers during the week and locals on nights and weekends. With the MGM Grand Casino nearby, traffic still isn’t bad.

So come by and see pop and historical icons. Maybe even shake hands with some.

Rick Snider is a native Washingtonian, long-time journalist and licensed tour guide since 2010.
View all posts by Rick →
This entry was posted in Washington life and tagged Louie Armstrong, National Harbor, Photos by Rick Snider, Rosie the Riveter, Winston Churchill. Bookmark the permalink.