John Wingate Weeks worth a side trip 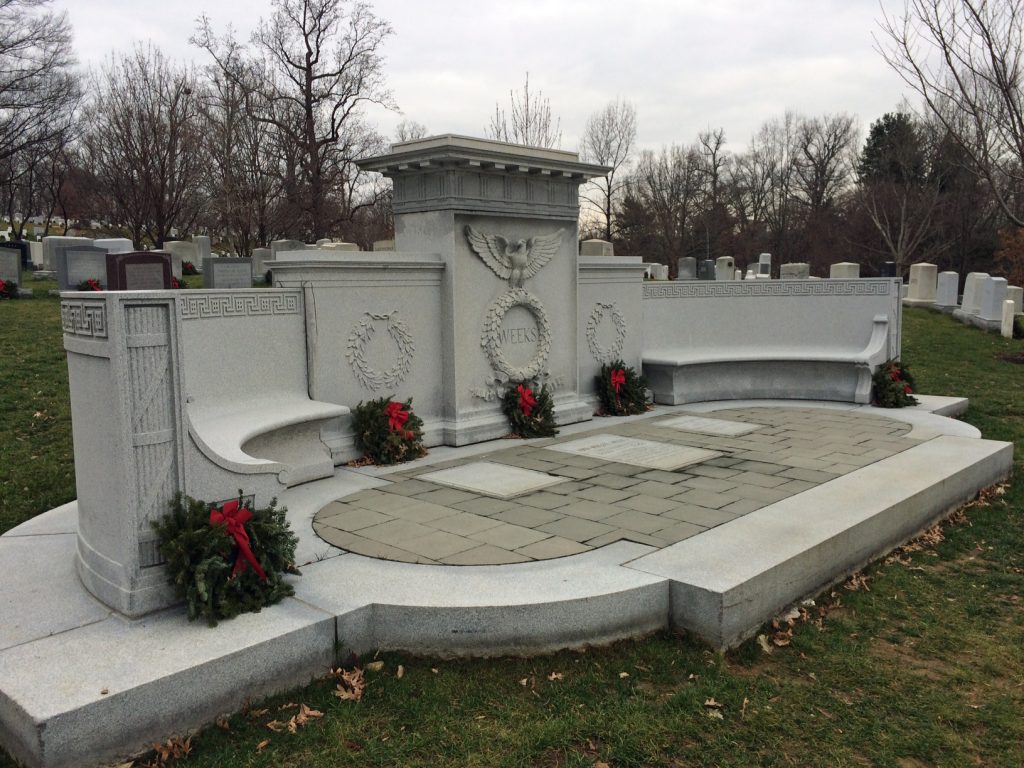 It’s funny how you can walk by something regularly, but come a different way one time and see it entirely differently.

That’s how I stumbled upon the magnificent grave of John Wingate Weeks, a former Secretary of War who’s a stone’s throw from John F. Kennedy’s eternal flame. Normally, I come from the main entrance or from the Tomb of the Unknowns, but for once walked from the west side after seeing William Howard Taft’s and Robert Todd Lincoln’s graves.

Really, how did I miss this large white marble remembrance complete with two benches? Guess I was too focused getting up that hill.

Ironically, Wingate (1860-1926) never served in the military, but he was Secretary of War from 1921-25. He who worked so hard overseeing post-World War I downsizing that he suffered a stroke that led to his death.

Weeks made his fortune in banking before becoming a Republican Congressman from 1905-13 and then a U.S. Senator from 1913-19. He would later join Warren. G. Harding’s Cabinet in 1921. His wife Martha is buried aside Weeks. Their son Charles became a U.S. Senator and Secretary of Commerce under President Eisenhower. The street in front of the graves was named for Weeks.