John Glenn: From the stars to Arlington National Cemetery 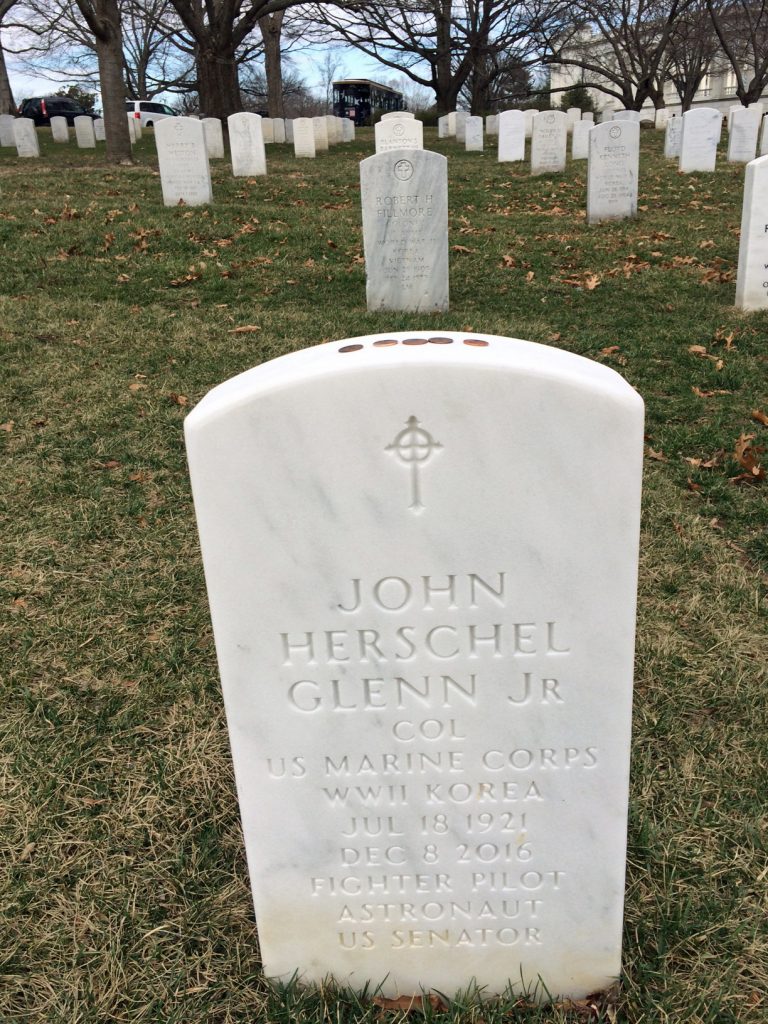 Growing up in the 1960s, our heroes were astronauts. Men were going to the moon. The moon! Today, space exploration seems doable, but back then they were flying in outer space with less technology than in our cell phones.

My first trip to Arlington National Cemetery after the 2018 winter break meant finding astronaut John Glenn. He lies about 50 yards southwest of the Memorial Amphitheater in Section 35, grave 1543. It’s a five-minute walk from the Changing of the Guard.

Glenn’s grave included five pennies atop the marker, which is an old throwback to paying the ferryman to take you to the afterlife. Today, it means anyone came by and wanted to say hi. It’s like leaving flowers.