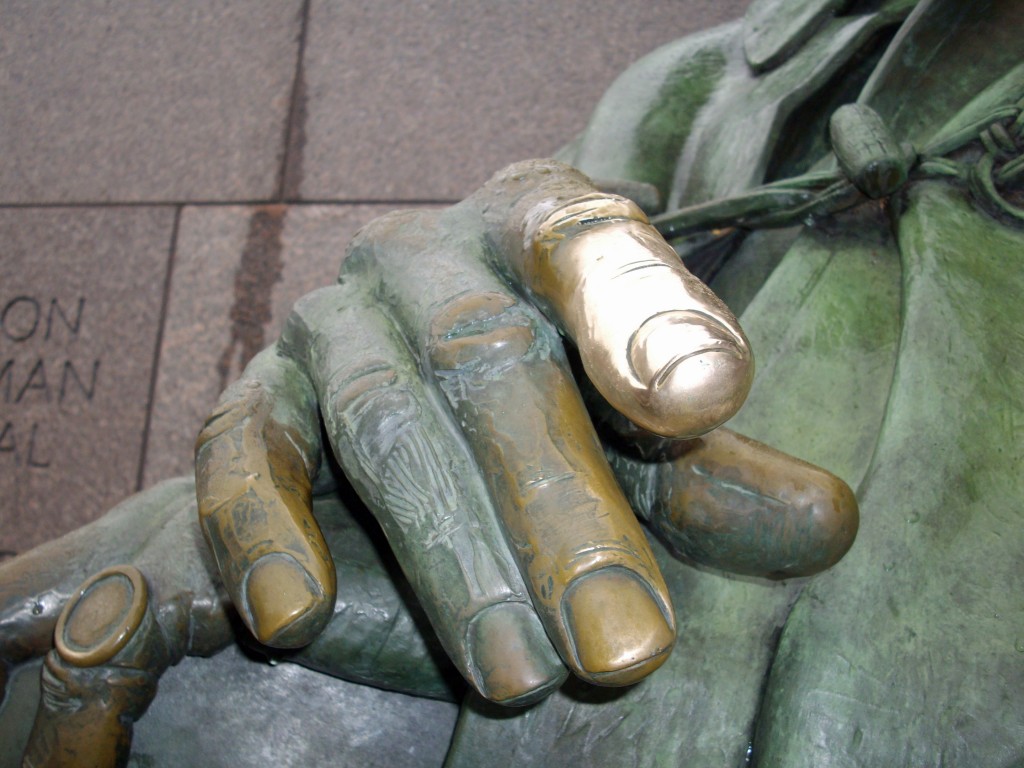 Check out the photo. Everybody seems to be touching the finger of the main statue of the Franklin Delano Roosevelt Memorial.

Seriously, the finger is shiny like it’s brand new. No green, no tarnish. Weird.

The FDR Memorial is the overlooked gem on the mall. Kinda stuck on the side and not as easily seen as the nearby Thomas Jefferson Memorial. But, the addition of the Martin Luther King, Jr. Memorial in 2011 spilled over traffic to FDR. At least, the street traffic.