If you’re a plane or space junkie, Udvar-Hazy worth the trip 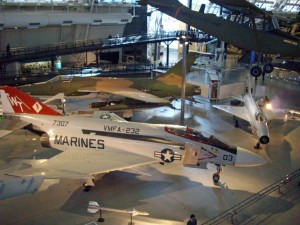 For years I’ve heard great things about the The Steven F. Udvar-Hazy Center. Drove by the entrance plenty of times without stopping just like hundreds of other local attractions.

It’s worth the trip to the Chantilly, Va.  venue near Dulles International Airport. Maybe that’s a little far for tourists without a car, but if you’re a serious plane junkie then the Smithsonian’s Air and Space museum downtown is not enough. There is a shuttle from Dulles to this Smithsonian museum. 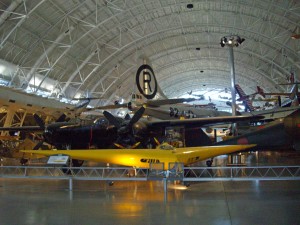 I don’t detail attractions in my blog for the obvious Xs and Os that you can read on an official website. I discuss whether it’s worth going, what I liked and whether your family will, also.

First, I love attractions that are hassle free. It cost $15 to park very close, but admission is free. Just the customary quick bag check. They only allow one-legged tripods.

Lockers are on the right to stuff your coat for 25 cents and you even get the quarter back. A big McDonald’s and gift shop are inside the left entrance, movies on the right and simulators downstairs. Just don’t take the kids on simulators after McDonald’s. 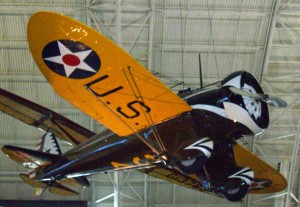 OK, now the planes. I’m not an expert (though I’ve sure flown in many) but seeing a stealth bomber, Enola Gay, Apollo space capsules and the space shuttle Enterprise were all really cool.

The Enola Gay dropped the nuclear bomb on Hiroshima to essentially end World War II. The tour guide (and they have constant free tours) said his father cried when seeing the plane because he was supposed to be deployed as part of the invasion of Japan had the Enola Gay failed. Supposedly, 1 million American troops would have died in that invasion. 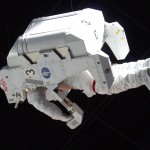 I still remember the Apollo splashdowns when returning from space in the 1960s, wondering if the astronauts would drown before rescued. There was the capsule before me.  The mission control computers look prehistoric, really making me wonder how we sent men to the moon with these gadgets?

The museum is inside a hanger. It’s so big that crowds aren’t a problem and surprisingly their climate control is excellent for such a large building. Be sure to use the cat walks for an overhead view. And, don’t forget the replica tower on the seventh floor where you can see planes land at Dulles and also Tyson’s Corner buildings.

I spent two hours walking the museum. Plane and space program fans could double that easily.

1 Response to If you’re a plane or space junkie, Udvar-Hazy worth the trip