Horse and Rider trots along 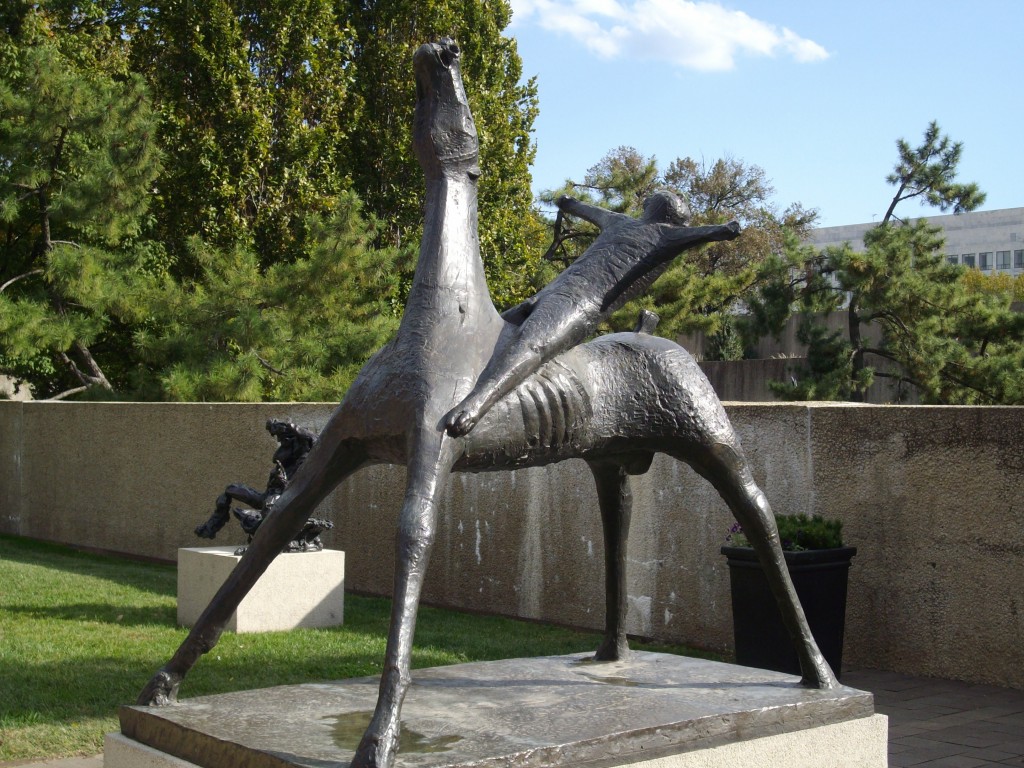 It looks like me ready to fall off, but sculptor Mario Marini’s Horse and Rider is considered an example of a man in control.

Sure, if you say so.

The seven-foot tall sculpture outside the Hirshhorn Museum is another of Marini’s works that were influenced by ancient Etruscan sculptures. They’re nothing fancy, which is the point.

The Italian artist studied under Picasso and was considered a big deal in the 1950s and ‘60s before passing away in 1978. His most famous work is a horse and rider called The Angel of the City in Venice.