Update: The man with the dog on the Korean War Memorial 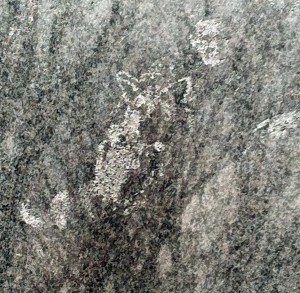 The Korean War Memorial’s Wall of Remembrance is often overlooked by passersby concentrating on the statues. But, it has so many great images among the 1,500 that are worth seeing.

And the best is for last – the German Shepherd is one panel from the right end. The 26th Scout Dog Platoon arrived in Korea in May 1951. They were used for sentry duty and taught to silently warn guards of coming enemy when barking would have tipped Koreans that Americans knew they were coming.

The dogs worked mostly nights and rotated to work every four days not to overtax them. The 1,500 dogs used during the war had one problem – the wind and terrain made it difficult for them to use their sense of smell to distinguish the enemy. 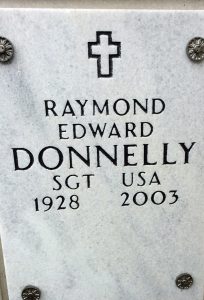 UPDATE: The man with the dog on the wall was Raymond Donnelly, Jr., whose son Tripp contacted me with more information. A Massachusetts native, Donnelly was in the the 24th Infantry Division’s highly-decorated 5th Regimental Combat Team, Intelligence and Reconnaissance Group. He was the only member of his 19-member training class to survive the war.

Donnelly later worked at several major U.S. newspapers as an editor and compositor while also serving on presidential campaigns of John Kennedy and Robert Kennedy plus Hubert Humphrey and Sen. Scoop Jackson. Donnelly also served as a director of the Democratic National Convention and with NASA before retiring to work on the Korean War Veterans Memorial organization. He died in 2003 and is buried in Arlington National Cemetery.

Rick Snider is a native Washingtonian, long-time journalist and licensed tour guide since 2010.
View all posts by Rick →
This entry was posted in Memorials and tagged Best Washington DC walking tours, dog on the Korean Memorial wall, Photo by Rick Snider, Washington D.C.. Bookmark the permalink.