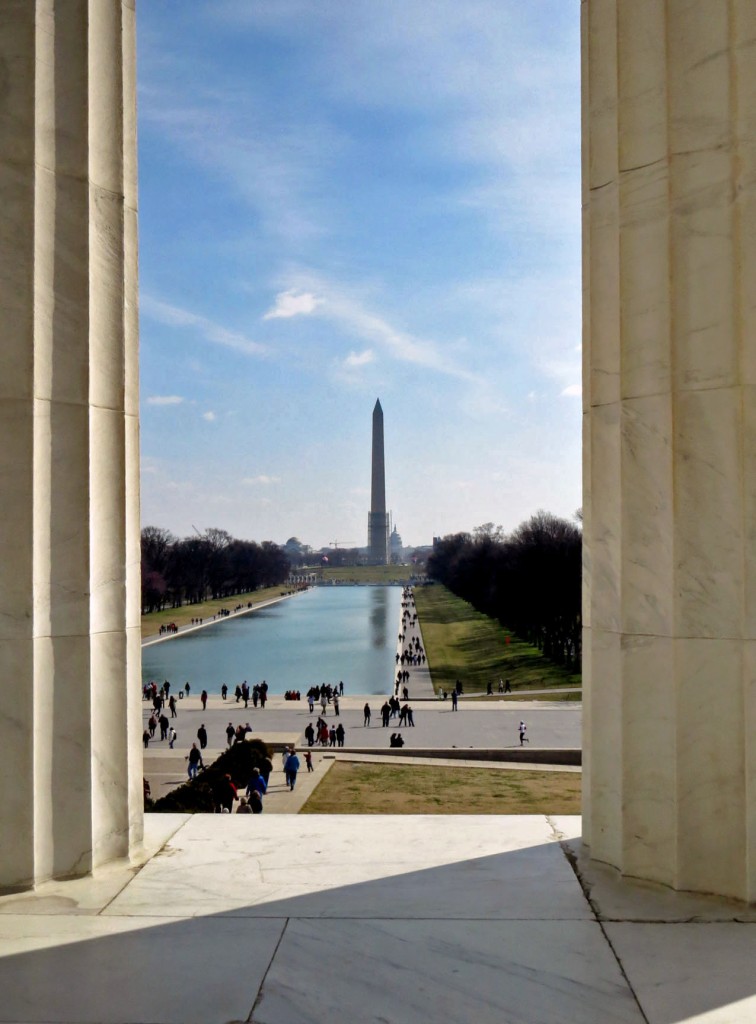 People ask all the time about hidden, off-the-beaten path photos. The funny part is there are so many along the National Mall. The best one is the back of the Lincoln Memorial.

The Lincoln Memorial is the most visited landmark in Washington. About seven million people annually climb those steps, sometimes 50,000 per day in the busy spring and summer months. If you only see one thing in Washington, it’s probably Lincoln. No. 2 is probably the White House.

People know the Lincoln Memorial, maybe because it’s on the $5 bill. He’s perhaps the greatest presidents ever versus George Washington. If not for Abe, we might be a handful of countries across the continent.

So take the normal photos in front and by the statue. And then let’s walk just a few feet and suddenly leave the crowd when going around the corners of the building at the top of the stairs.

It doesn’t matter which side you try, but I would say turn left exiting the statue chamber because it’s normal to turn right. We’re trying to ditch the crowd to get clean photos.

Once you turn the corner, look down the row of columns. It gives you a new perspective, an old world perspective of the monument. You can photograph those empty rows, but also have people stand behind the columns and stick only their heads out. It’s a funny photo.

Next, let’s go to the back side that faces the Potomac River and Virginia. On a winter’s day, look down the Memorial Bridge and you’ll see Robert E. Lee’s home on the hill and white grave stones of Arlington National Cemetery.

Focus on the water and be patient. Wait for a boat to come by for some perspective. On a spring morning, tree blossom turn the scene into some French impressionist painting, especially when raining.