Have we reached the tipping point? 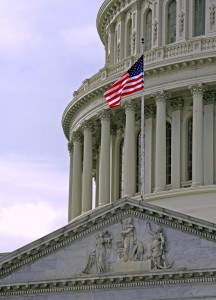 It’s a big week in Washington.

Either the federal government resolves its shutdown and among other things memorials open or we default on our loans and head back into the recession.

Fall usually means heavy international visitors in Washington for some reason. In the last two weeks since the memorials have been closed, I’ve led tours with Slovakians, Canadians, Nigerians, Trinidad and Tobago(es?), Chinese and Indians and found myself talking more civics lessons than memorials. People want to know why it has come to this and my answer is essentially politicians are stupid.

But we’ve reached the tipping point in this town. The public is fed up and now openly knocking down the barricades around memorials. One group even carried barricades from World War II to the White House. Park rangers don’t want to get into a confrontation.

My feeling has always been the shutdown would last until Thursday when the default deadline forces a resolution. And despite a lot of posturing by politicians, I still think that’s what happens.

But if it doesn’t, we’re looking at another self-inflicted economic crisis. I only hope people who send us these politicians will send us different ones next time.

Rick Snider is a native Washingtonian, long-time journalist and licensed tour guide since 2010.
View all posts by Rick →
This entry was posted in Washington life and tagged memorials, shutdown, Washington. Bookmark the permalink.