Have a drink, kill a president 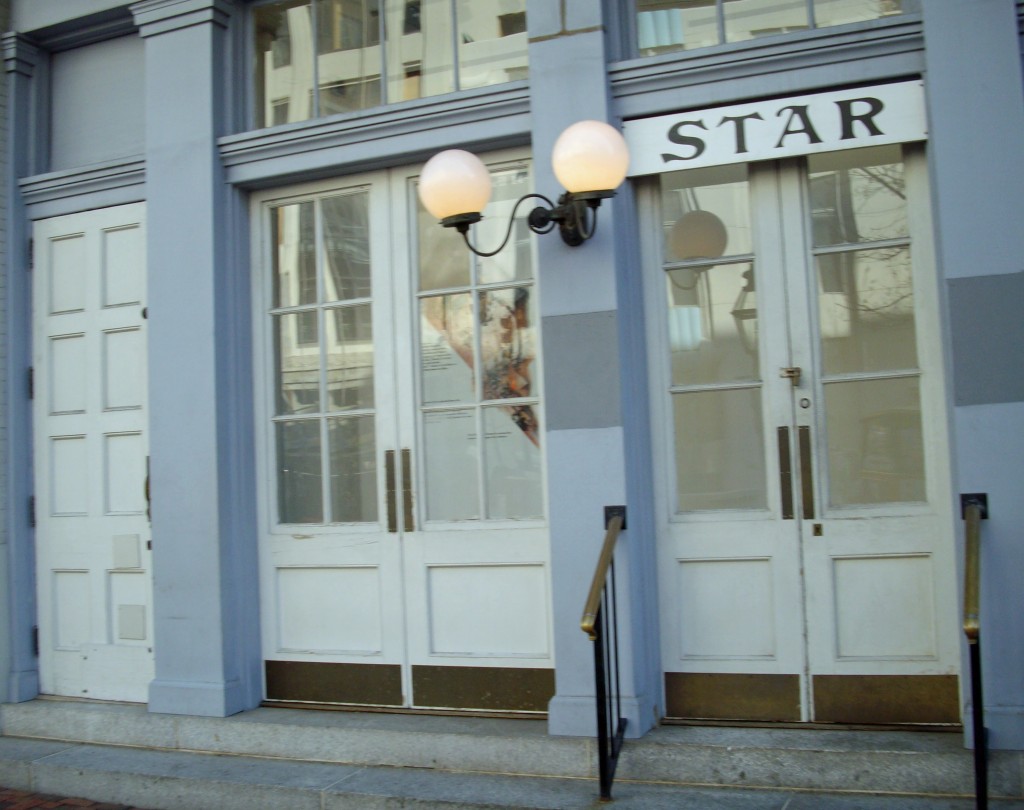 What did John Wilkes Booth do the hour before killing Abraham Lincoln? Why, have a drink.

Hey, if you’re going to assassinate a president you might want to drink some courage first. Booth spent one hour nursing a whiskey and water at Tatavull’s next to Ford’s Theatre before changing history.

Today, the saloon is called Star and you can only look inside the glass storefront. The white door to the left was where the alley Booth used when coming from Baptist Alley. It’s now closed off.