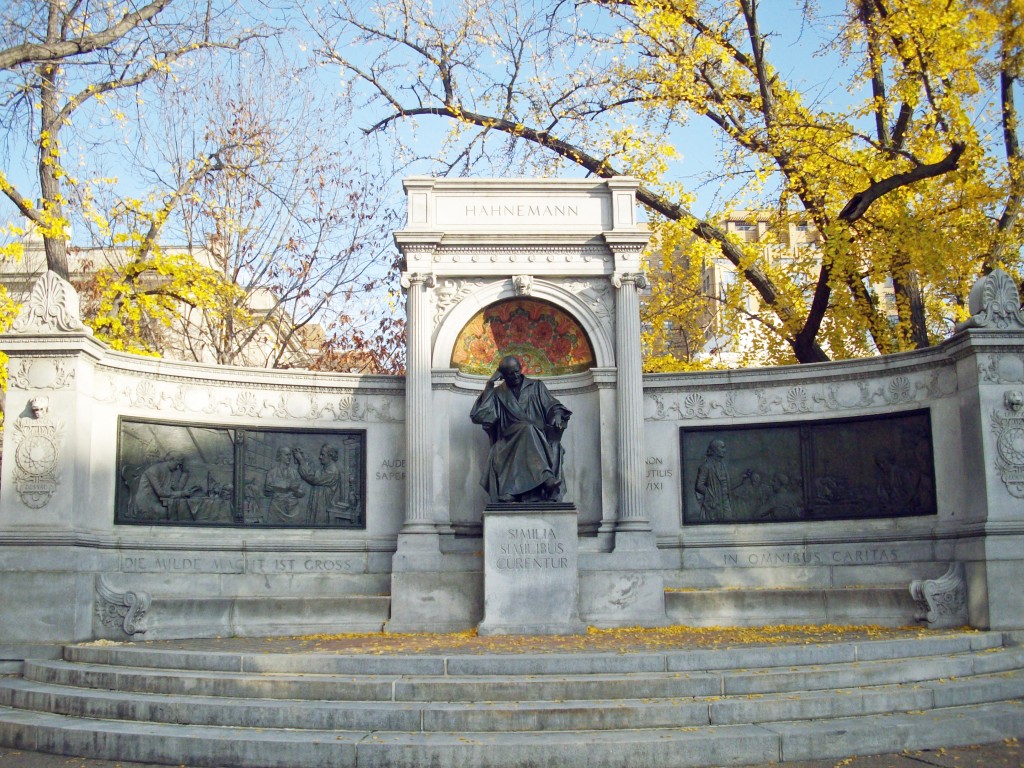 No way you know what this monument is unless you’re a pharmacist.

Wandering in Scott Circle where Massachusetts Ave. and 16th St. N.W. meet is one of the widest monuments away from the mall. Four bas relief panels each four feet tall by 10 feet wide. In the middle is a robed statue beneath a mosaic amid a granite background. 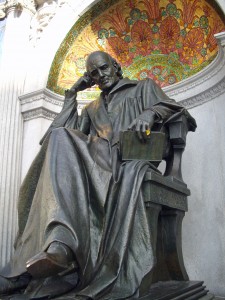 Dr. Samuel Hahnemann created the science of homeopathy as a German physician. This actually made Hahnemann quite unpopular among druggists, who forced him to flee to Paris in 1821, but inspired the American Institute of Homeopathy to erect the memorial in 1900. It was later refurbished in 2000.

The four panels depict Hahnemann’s life as a student, chemist, teacher and physician. The life-sized bronze statue between panels depicts Hahnemann pondering deep thoughts. It was sculpted by Charles Henry-Niehaus.