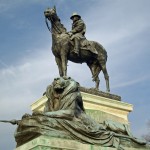 It’s the emotion more than the sheer size of the Gen. Ulysses. S. Grant Memorial that makes it a titan.

You can hear the bugler play. A cavalry man about to die under the crush of hooves while a comrade raises his sword to continue the assault. The riders so swift and ready to enter combat of the Civil War.

The Grant Memorial on the western base of the U.S. Capitol is a magnificent remembrance of not only the two-time U.S. president and general, but Union soldiers who bled in the bloodiest war in our nation’s history.

The world’s third largest equestrian statue after Mexican conquistador Don Juan de Onate in El Paso, Texas and Italy’s King Victor Emanuel in Rome, Grant’s memorial is 252 feet long and 71 feet wide. Grant seated atop his war horse Cincinnati is 17-feet-2 atop a 22 ½ foot marble pedestal feels too big to be appreciated. You see little standing next to it, though Grant simply atop on his horse is not much to visually appreciate. Nor are the four bronze lions on the corners. Seen one lion, seen them all.

No, it’s the bookend sculptures of the Cavalry and Infantry that makes this memorial so grand. 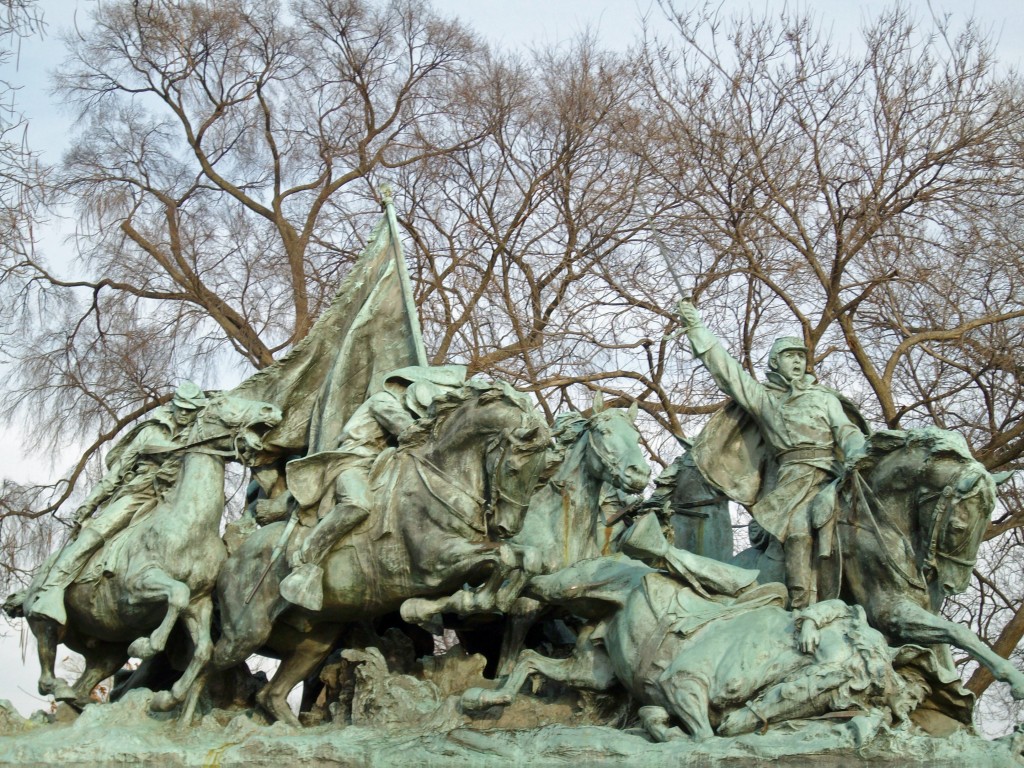 The Cavalry group gives you a real sense of the emotion of a charge. The commander leads with his sword drawn. Get real close and you’ll see the passion of the moment. The six soldiers of the color guard are right behind, only one has fallen and surely faces death with a grim expression. One of his comrades tries to divert his horse whose face is taunt with the bridle. This is simply a magnificent piece. 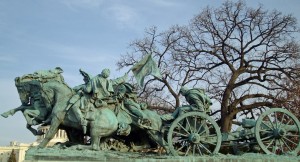 The Artillery group is less dramatic. Three soldiers haul the cannon to battle. The lead horse is in full stride because the bridle strap is broken while two other horses try to stop. The piece shows the sudden chaos on the battlefield.

The Grant Memorial is unfortunately easily overlooked by those heading for the U.S. Capitol or distracted by the reflecting pool. But give it a few minutes and learn just what the Civil War was like for these soldiers.