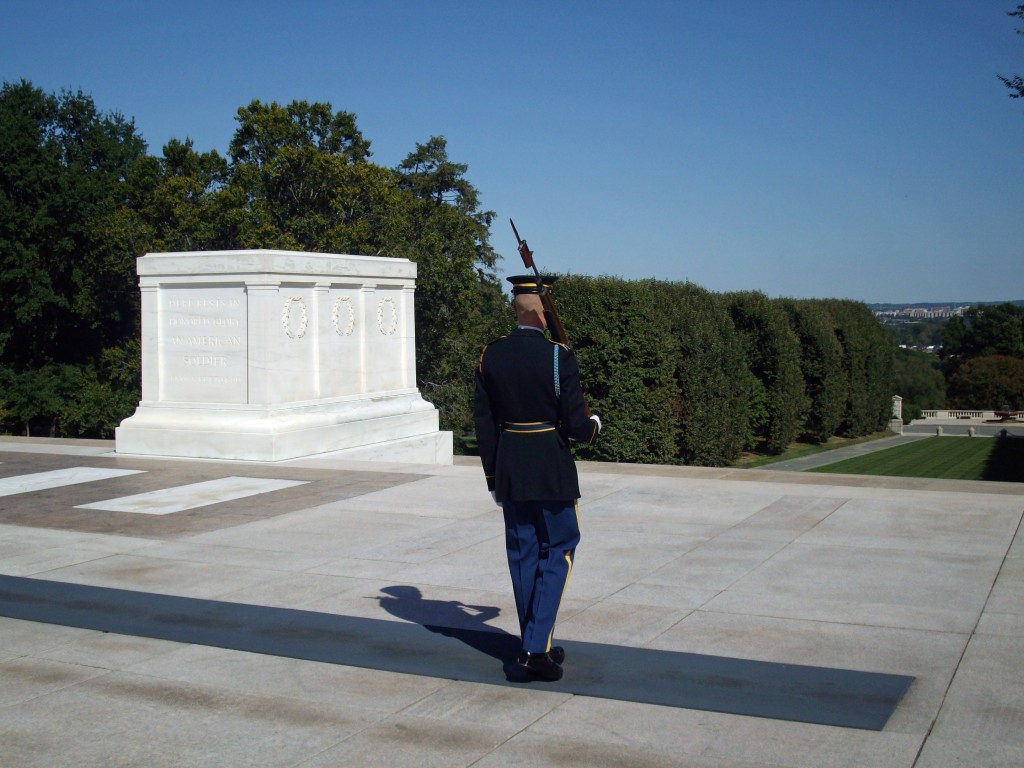 You want to see the changing of the guard at the Tomb of the Unknowns and the eternal flame where the Kennedys are buried, but have only one hour. What do you do?

Uh, turn around and come back when you have more time would be a sensible tip. But, tie your shoe laces tighter (seriously, makes the feet move faster) and get ready to roll.

The key here is what time is it? The guard changes at :00 and :30 until Sept. 30, then the top of every hour until April. It takes 15 minutes for most people to walk there from the visitor’s center. If you have 20 minutes, go to the Tomb first. I think it’s a harder walk than going to the flame first and cutting across the cemetery to the Tomb, but the time crunch decides this. You’ll catch your breath while watching the guard change, which takes eight minutes.

If it’s 10 minutes before the guard change, see the eternal flame first and give yourself 15 minutes from there to get to the Tomb. Go around the left side of the flame to catch the stairs down and (unfortunately) up to the Tomb.

The good part is it’s all downhill from the Tomb and I tell my charges that dessert tonight is guilt free. You’ve already burned off those calories off walking Arlington.

It would be nice to have two hours to see Arlington and the many other graves and monuments, including Arlington House. I’ve been to Arlington many times and still don’t think I’ve truly seen the place. I have six relatives buried at Arlington, including a great uncle buried four rows from the back wall by Henderson Hall and an aunt and uncle in the front so I have walked the entire cemetery on a 100-degree day.

When people ask if this is hard walking, I just say if a fat old man like me can do it, they can do it. But seriously, if you have trouble walking long distances and hills, pay for the tram that will take you throughout the cemetery.