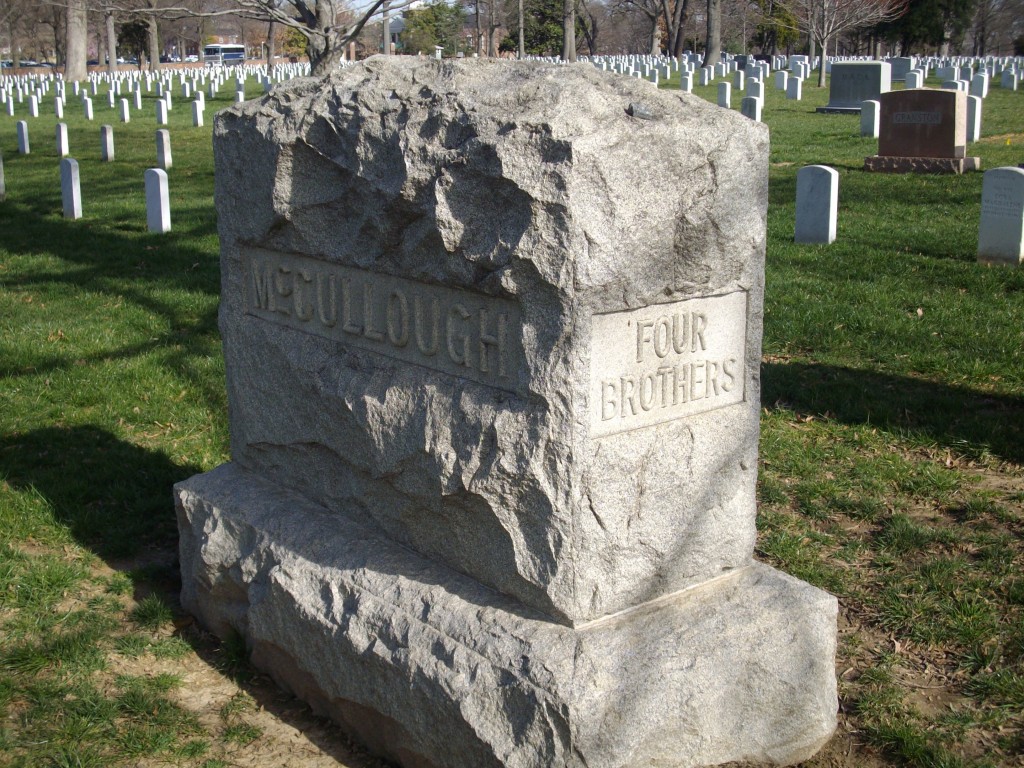 Band of Brothers is often used beyond the famous World War II unit. But for one grave marker at Arlington National Cemetery, it’s true.

The four McCullough brothers are buried together in the back of the cemetery. All served in the Pennsylvania One Hundredth — the Round Head Regiment — during the Civil War. Two died during the war.