Fort Washington is a forgotten jewel of two centuries 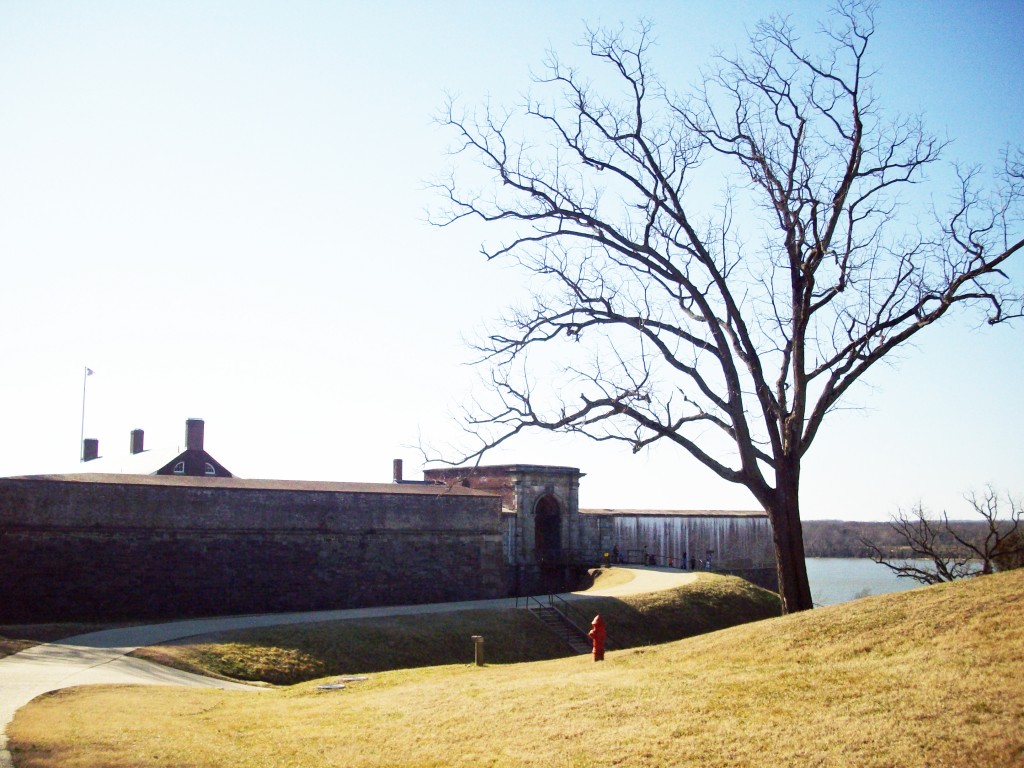 Growing up near the fort just south of town, I remember walking Fort Washington’s steps and hills down to the Potomac River with great joy.

Then for some reason, I went 30 years without visiting until a beautiful sunny afternoon last week. And, it looked the same.

Fort Washington dates back to 1809 yet never fired a shot before finally given to the Dept. of Interior in 1946. Not even during the War of 1812 when the British fleet approached from the south while soldiers marched from the east.

Fort Washington’s stone and brick walls and a deteriorating drawbridge provide a rare and insightful look at an old fort without restriction. Sometimes you might be the only person around. You’re free to wander about nearly the entire fort. My brother always threatened to leave me in the dungeons when we were kids. 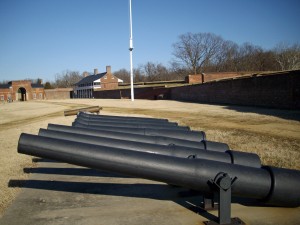 Originally called Fort Warburton, the post was completed on Dec. 1, 1809, but the first guns weren’t mounted until 1846. Soldiers from the First, Third and Fourth Artillery manned the only guns protecting the capital until the Civil War.

You’ll see plenty of cannons on the grounds. The 15-inch Rodman guns arrived between 1873-75, but they were never fully installed. Instead, concrete bunkers below the fort were built in 1886. But, the post was abandoned in 1891. Then new guns were mounted in 1896 before removed a decade later. 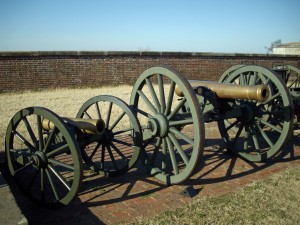 Fort Washington became a staging area for troops headed for France during World War I. The post was again abandoned in 1939 to become the site of a new bridge that instead went a few miles north 20 years later. During World War II, the post became the U.S. Army Adjutant General’s School.

And once again, the fort was abandoned in 1946 and is now run by the National Park Service. There are free self-guided brochures on the left after passing through the gate. 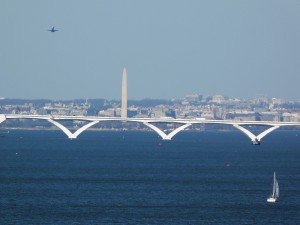 Nowadays, Fort Washington is a great park that’s pretty crowded on summer weekends, but otherwise has plenty of parking for a visit. It’s about 10 minutes from the beltway off Rt. 210 South. You can see the Wilson Bridge and the city easily from the fort. The 95-foot flagpole with a 36 by 20 foot flag can be seen from Alexandria.

The lighthouse built below the fort in 1882 is 28 feet tall. You’ll often see people fishing along the shoreline or nearby boats. There’s excellent fishing along this part of the river.