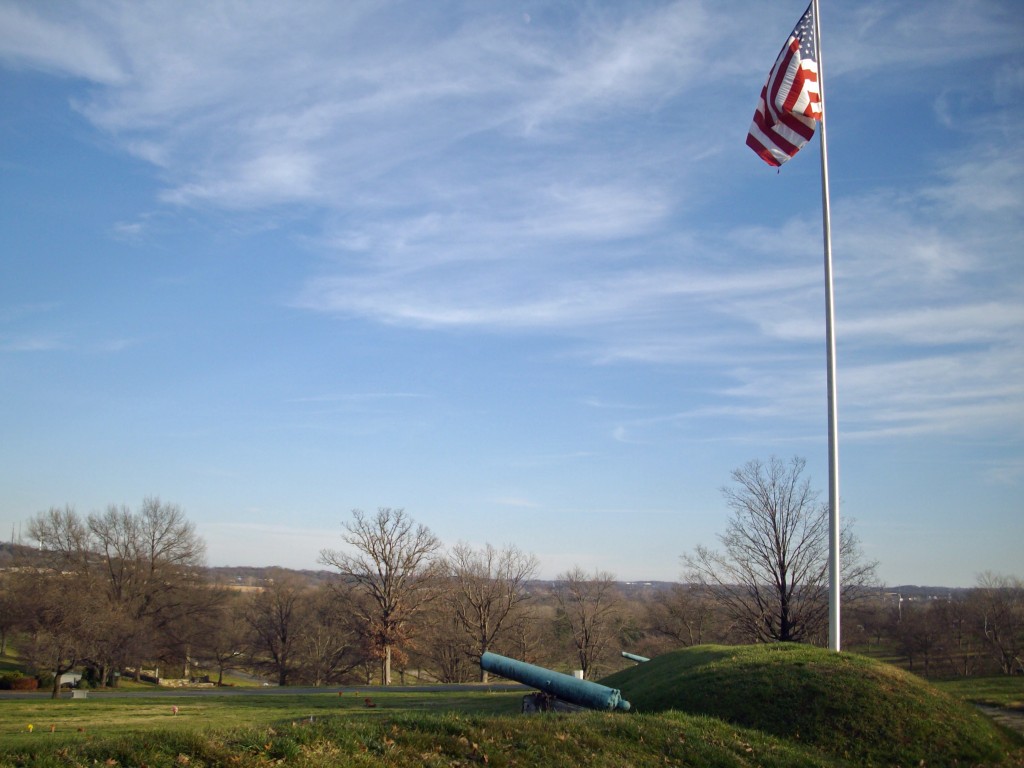 Two cannons rest amid earthworks in Fort Lincoln Cemetery just past the city’s eastern border, remnants of the Civil War defense. Ironically, they’re only a couple hundred yards from the Battle of Bladensburg in 1814 where the British overwhelmed local forces and marched into Washington largely unmolested to burn the White House.

Anyway, the fortifications were created in 1861 at the start of the Civil War and commanded by Major Gen. Joseph Hooker. The site was named Fort Lincoln after President Abraham Lincoln, who was known to meet with Union troops just a few feet away by the spring house that’s still there.

The two cannons were not among the site’s original four. However, they are original bronze medium 12-pounder boat howitzers designed by John Dahlgren, considered the father of American naval ordinance. These cannons were forged in 1863 during the Civil War and placed at Fort Lincoln in 1921 by the Dept. of Defense.