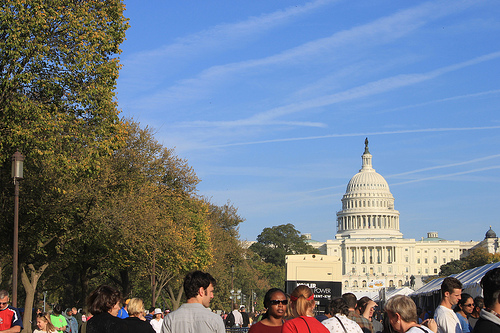 Forbes magazine, which usually makes me think of old rich guys and not hipsters, said Washington is cool. Like, the nation’s second coolest city.

Whatever they’re drinking, I’ll have one, too.

OK, I love my hometown, but I don’t exactly view us as cool. It’s a serious town even for those of not working for the government.

Forbes ranked 65 cities on seven factors, including sports teams. Here’s Forbes’ story if you want to read that part. Houston, which I’ve never visited, is No. 1. Guess it should be on my bucket list.

Los Angeles is No. 3. Seriously, we’re cooler than L.A.? Does Forbes’ editor have a crush on Nancy Pelosi or something to rank Washington ahead of L.A. where the beautiful movie stars live?

Dallas is No. 4 – guess the Cowboys dragged them down. Boston is No. 7. Beantown is a really cool city. People are great, love the architecture, but the winter stinks. My favorite city San Francisco is No. 9. It’s the only city I would ever live inside the town limits. (I live in Southern Maryland now, but was born in Washington.)

Baltimore is No. 14 and Bethesda is No. 17. Wait, isn’t Bethesda part of Washington’s suburbs?

Forbes said Washington added 34,260 people in 2011. No wonder metro is always so crowded. There are 6,149 restaurants, yet I have trouble getting a table. The median age is 36, which is halfway between Bryce Harper and I. Unemployment is only 5.4 percent.

Rick Snider is a native Washingtonian, long-time journalist and licensed tour guide since 2010.
View all posts by Rick →
This entry was posted in Washington life and tagged Forbes magazine, No. 2 cool ranking, Photo by Megan Snider, Washington D.C.. Bookmark the permalink.