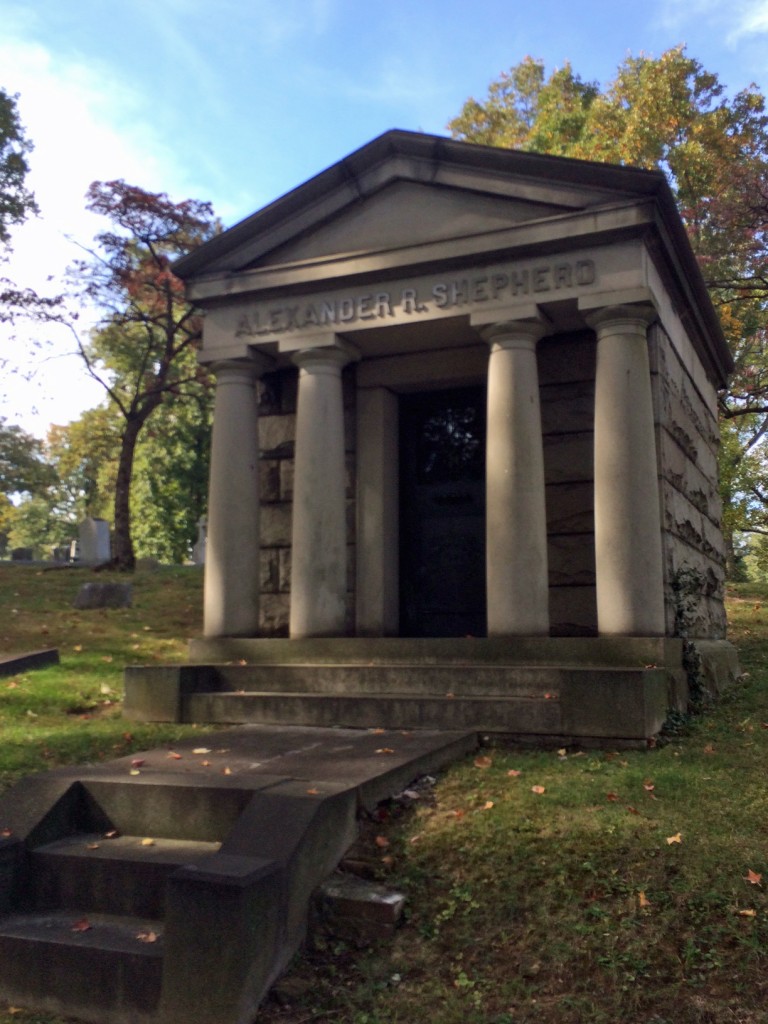 Alexander Shepherd was one of the key people responsible for Washington being what it is today, but few know who “Boss” Shepherd was even if his statue is to the right of City Hall’s steps. Indeed, Shepherd is known as “The Father of Modern Washington.”

Shepherd headed the D.C. Board of Public Works from 1871-73 before becoming governor of the town in 1873-74. Basically, Congress threatened to leave for St. Louis if Shepherd didn’t start paving roads, creating sidewalks and sewers and making it a more hospitable place that led to among other things the modern Embassy Row.

Shepherd did all that, but bankrupted the town doing so. Shepherd was called a “Boss Tweed” of his time and left town after going bankrupt himself in the mid-1870s. Shepherd later became rich as a silver miner in Mexico where he died in 1902.

“Boss” was buried at Rock Creek Cemetery down the street from the Lincoln Cottage along Rock Creek Church Road. His tomb is one of many in the cemetery, but Shepherd gained a good location looking down the hill. The tomb remains in good shape along a small road off the main path.