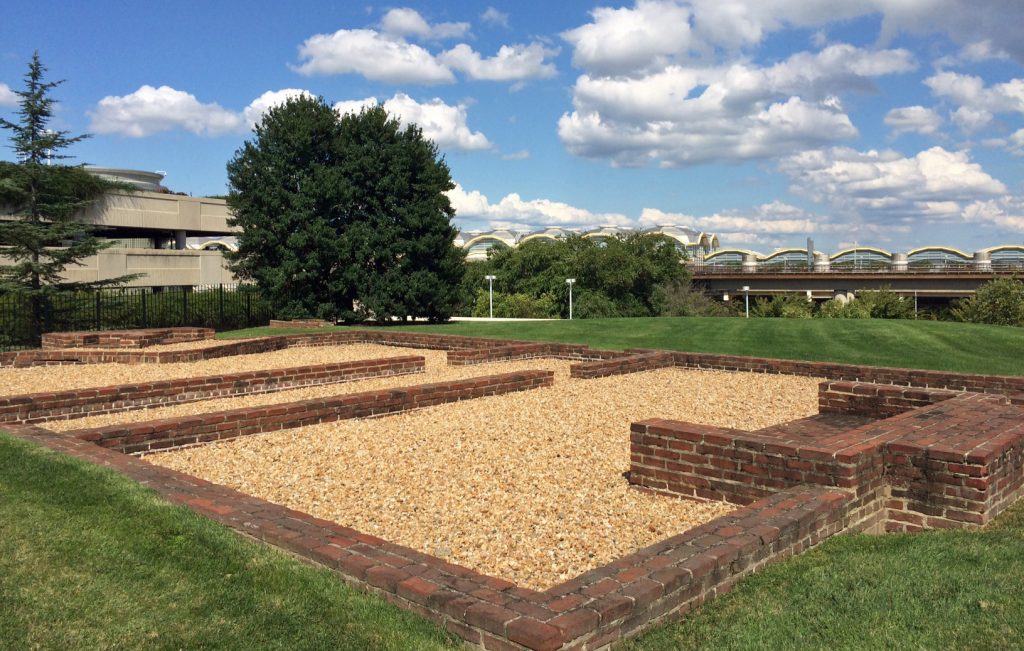 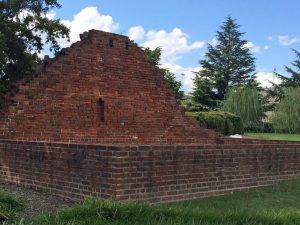 I had to check out Abingdon Plantation when first learning of it from a company specializing in unique urban sites. I’ve flown out of DCA hundreds of times since 1972 and never knew this. With some googling and help from a friend who works at the airport, I parked in Garage A and walked the sidewalk towards Garage B. And there it was. Not that you’d ever know. It can’t be seen from the road and who walks between garages?

Anyway, the plantation is best known as the birthplace of Eleanor “Nelly” Parke Custis, who was the step granddaughter of George and Martha Washington.

The estate was created in 1669 by shipmaster Rovert Howson for settlers brought to Virginia. It would be sold to John Alexander for 6,000 pounds of tobacco.

Flash forward to 1778 where John Parke Custis, son of Martha Washington by a previous marriage, bought Abingdon and 1,000 acres to be near Mount Vernon. Custis died in 1781 while serving in the Revolutionary War and Nelly along with brother George would move to Mount Vernon where they were raised by the Washingtons. 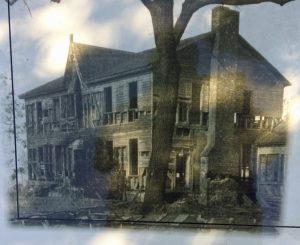 Flash forward to 1864 and a few owners later when the federal government seized the land for unpaid taxes. Two more generations and several owners later, the abandoned house burned in 1930. Soon after, President Franklin D. Roosevelt decided Abingdon would make a swell airport.

Today, the brick foundation of two sites of the mansion, several signs and a few benches dot the small site. You can mostly see the main terminal in the distance and a small view of the Potomac River. It makes you imagine what a nice view it had in the day.