Dulles . . . as in Dulles International Airport 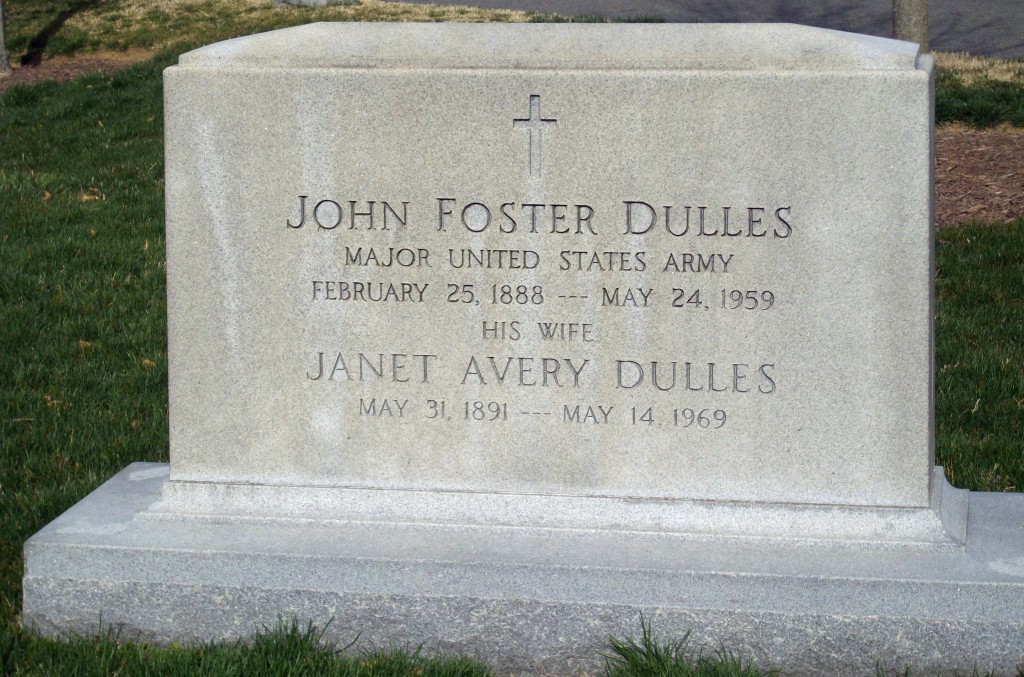 Many Washingtonians fly in and out of Washington Dulles International Airport without knowing who Dulles was.

Turns out he was one of us.

A Washington native, John Foster Dulles rose to Secretary of State under President Dwight D. Eisnehower from 1953 until shortly before his 1959 death from cancer and a was a major player in the Cold War against the Soviet Union. He’s buried at Arlington National Cemetery not far from the Tomb of the Unknowns.

Dulles first served as the U.S. legal counsel to the Versailles Peace Conference that ended World War I. He was a member of a New York law firm that specialized in international finance and became a U.S. delegate to the United Nations in 1946-47 and ’50. He briefly served as a U.S. Senator to fill a vacancy before losing a special election.

Actress Carol Burnett’s big break was siging a 1950s song called “I Made a Fool of Myself Over John Foster.”