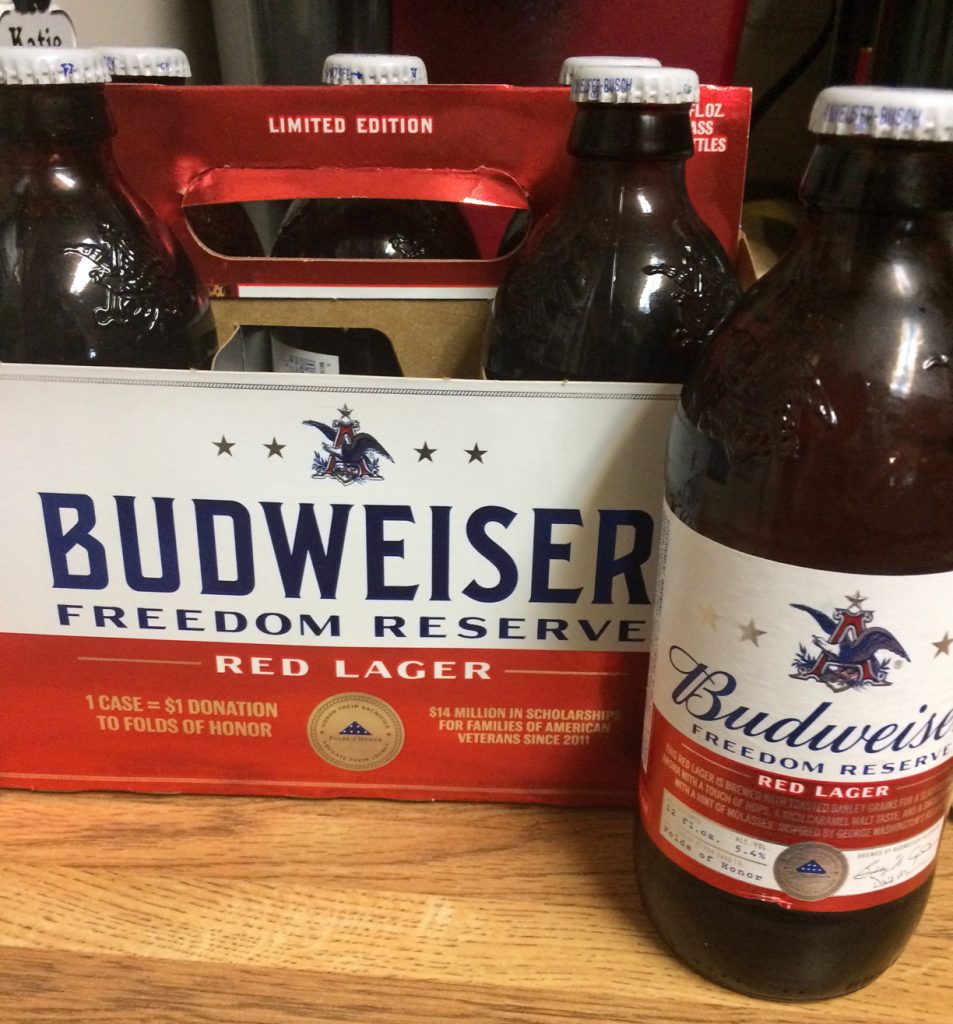 It seems the brewer found Washington’s hand-written beer recipe in his military journal in 1757. George needed a brew while fighting in the French and Indian War and called it “a small beer.”

Now it’s not easy to find, though it’s sold in retail stores. But, the journey is worthwhile. Unlike Washington’s rye whiskey that is still sold at Mount Vernon that is dryer than dust, the red lager is pretty smooth and I swear I can taste the red. Sold in bottles (because that’s how beer should be consumed), it’s brewed with toasted barley grains for a sweet aroma and touch of hops with a hint of molasses.

Budweiser has donated more than $14 million from its Freedom Reserve sales to Folds of Honor that provides educational scholarships to military families. So, hoist one to the past and help young people have a better tomorrow.