Down by the old, old, old spring house 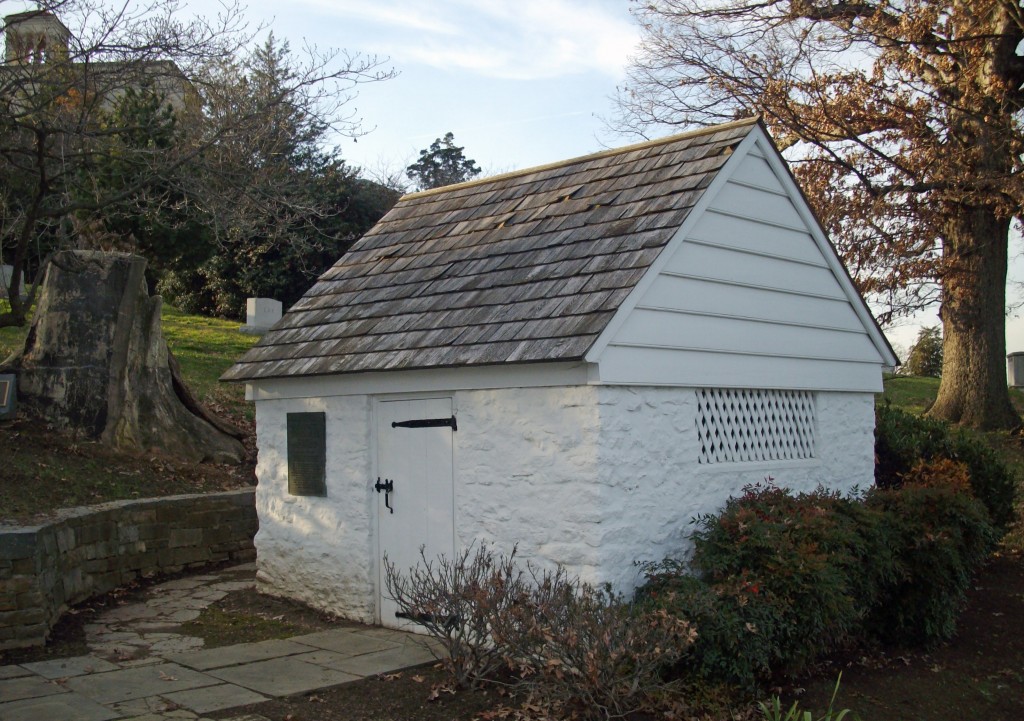 In nearly the middle of Ft. Lincoln Cemetery is a spring house believed to be one of the older structural relics of the American colonization era. Some say the 11-foot square structure with 18-inch fieldstone walls was constructed in 1683 by residents. However, the National Register of Historic Places report also conjectures it was built by George Conn soon after buying the land in 1765.

With a gable roof of hand-split cedar shakes, the spring house has a wooden door that leads to one step down for an 18-inch trough. There are also two five-foot latticed openings for air to circulate. The structure was painted white in 1939.

The spring itself is a few feet from the house under what was once the Lincoln Oak that lived for 425 years until destroyed by lightning in 1994. Abraham Lincoln was said to drink from the spring house while discussing war strategy with Army leaders. My mother, who is not as old as Lincoln, said there was a dipper to use for drinking back in the 1940s.

One Response to Down by the old, old, old spring house