Come to our Capitol photo tour on Saturday 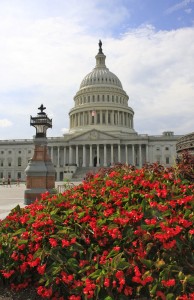 Most people recognize the iconic symbol of democracy — the U.S. Capitol dome.

But did you know it’s Capitol, not Capital, Hill because it’s named after one of the seven hills of Rome?

That this is the the third version of the dome, the first lost to British troops and the second to termites?

Or that Lady Freedom atop the dome points east because Masons, including George Washington, believed buildings should face east?

Our Capital Photo History Tours visits the Capitol area with 12 photo stops over three hours from the fountains to the Arboretum. Come learn the history and leave with great photos on Saturday, Nov. 13 beginning at 10 a.m.

The best part — tickets are half-priced at Goldstar.